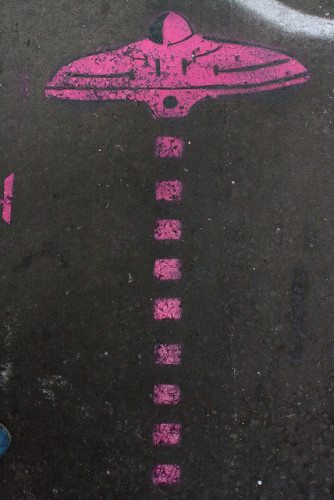 The latest records from the Ministry of Defence's UFO desk have been released – and these will be the final ones, as the documents take us up to the desk's closure in November 2009. We've taken a look at the incidents recorded for London.

Reported sightings shot up in 2008 and 2009, partly because the very existence of the "UFO files" encouraged the public to get in touch, but also because of the increase in popularity of Chinese lanterns, when most people still hadn't heard of them. These sightings are fairly obviously, looking back on it, explained by lantern festivities:

Two other reports, however, are less easily explained. A self-declared CEO living on the 10th floor of a block of flats in Waterloo experienced three nights of UFOs in February 2009, described in an email sweetly titled "Low Flying Complaints". One object with alternating white and red lights came from SE London towards Canary Wharf then stopped, flashed a difference sequence of lights then went on its way over the block of flats. A further incident involved a "huge object taking up a portion of the sky the size of which I had never seen before" with white and green lights.

Another object with green, red and white lights hung in the sky for about 90 minutes near the Houses of Parliament twice in February 2008. Was it perhaps attempting to call Michael Gove home?