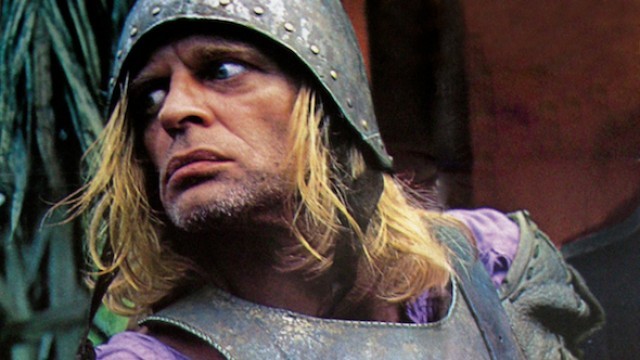 Werner Herzog’s career has spanned over 50 years, and it’s not hard to see what remains as fascinating about his films now as when he first started out. Herzog is a director equally at home with documentary features as he is with fiction, and even at 70 years old, shows no signs of slowing down. This June, the BFI Southbank begins the first part of their Werner Herzog season, looking at his output from the late 60s through to the late 70s and early 80s.

One of Herzog’s most highly regarded films, Aguirre, the Wrath of God has, understandably, several screenings throughout June. The first of Herzog’s collaborations with Klaus Kinski (who also starred in Fitzcarraldo along with three other Herzog films), it’s a re-imagining of the travails of Spanish conquistador Lope de Aguirre as he led a group of Spanish soldiers into the Amazon rainforest in search of El Dorado. But this is only the most well-known of Herzog’s films on offer over the season, and audiences will no doubt find themselves just as enamoured with his less high-profile work.

Well worth looking up is one of Herzog’s early documentaries, Land of Silence and Darkness, which was one of several examples of his fascination with the extremes of human capability. Following a 56-year-old deaf-blind woman as she helps other people within the deaf-blind community, it is – a hallmark of Herzog – profoundly moving without feeling voyeuristic. But, of course, Herzog could never be accused of being an overly sombre, or dull director, as his 1971 feature Even Dwarves Started Small demonstrates. Set on a penal community in Lanzarote, it chronicles an uprising of a group of dwarves against their prison guards, exemplifying Herzog’s fascination with man’s relationship to power in a way that is as wryly amusing as it is thought-provoking.

The first part of the BFI’s Werner Herzog season runs from 1 to 30 June, with Part 2 following in July. Tickets can be purchased from the website.