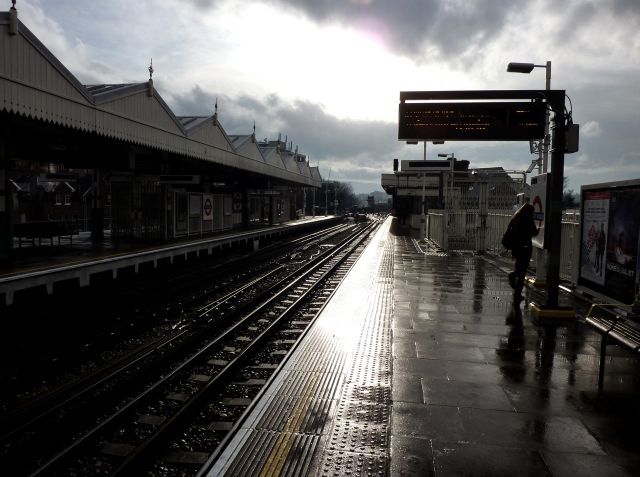 A mighty mass of brick, and smoke, and shipping,

Dirty and dusty, but as wide as eye

Could reach, with here and there a sail just skipping

In sight, then lost amidst the forestry

Of masts; a wilderness of steeples peeping

On tiptoe through their sea-coal canopy;

On a fool's head - and there is London Town.

Photo by Chris Guy via the Londonist Flickr Pool.