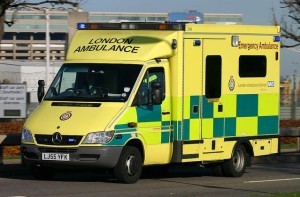 Barely a day goes by at the moment without some kind of WTF-is-going-on hospital news. Charing Cross Hospital was so overcrowded last November that operating theatres were being turned into intensive care wards, five London A&E units had to close their doors in the last month because they were too busy and UCL is going to double the size of its A&E – despite others in the capital being earmarked for closure or downgrade.

You've no doubt heard of the ongoing row between Health Secretary Jeremy Hunt and GPs, who the minister blames for the A&E crisis. A&Es are seeing more patients – 1m more nationally between February 2012 and January 2013 than the previous 12 months – and Hunt says it's all the fault of GPs failing to provide adequate out of hours care, following a new contract agreed in 2004. But that's 2004; there surely comes a point during any government when it can no longer blame its predecessor. GPs point fingers at our ageing population and the new 111 helpline. Idiots like the woman who took her child to Whittington A&E to remove dog poo from a shoe don't help.

Romford, Waltham Forest, Bromley, Lewisham and Newham A&Es were all too busy to take in new patients at some point over the last month – yes, that's Lewisham where the A&E is due to be downgraded to an Urgent Clinical Care bumps-and-grazes unit. Charing Cross is also due to lose its A&E, even though a report published today says its operating theatres being used as wards was "a symptom of a healthcare system working close to full capacity". UCL says it has no choice but to expand its A&E, which was only completed in 2005, because of a surge in demand.

So the answer is to keep all the hospital services open, right? Perhaps not necessarily; another report yesterday flagged up a slightly increased risk to patients of being in hospital over a weekend. It's down to staff availability, basically. Larger hospitals have the flexibility to rota more, and more senior, staff at all times. What is certain is that our health system is experiencing serious pressure and needs investment, either in out-of-hospital social care and general education to keep people out of A&E, staff, facilities, or everything. Fast, please.

Photo by Andrew Simpson from the Londonist Flickr pool