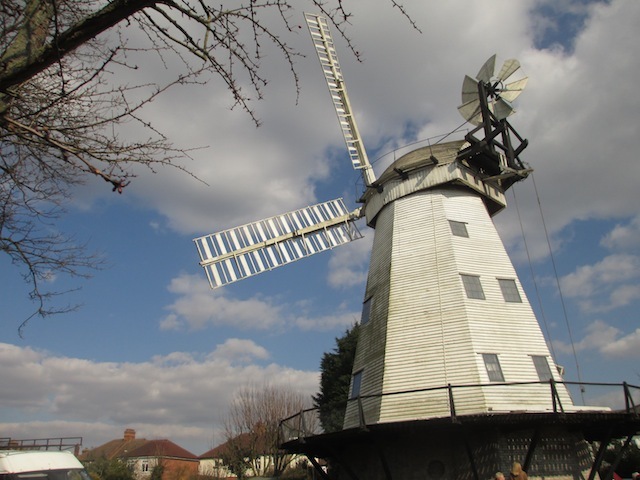 This weekend offers another chance to visit Upminster Windmill, on the eastern fringes of the capital.

Upminster isn't London's only surviving windmill, but it's arguably the most impressive. The 'smock mill' was constructed in 1803, and continued to grind out flour, bran and other products well into the 20th Century. It's now one of the few surviving smock mills with working sails, and is Grade II* listed. Plans are afoot to reinstate the milling machinery and build a visitor centre.

The mill will be open on both Saturday 20 April and Sunday 21 April, with free and regular guided tours (just turn up) throughout its four storeys. Further dates are available throughout summer. It's a short walk from either Upminster or Upminster Bridge stations on the District Line. The latter station also offers the sight of a curious swastika-like tiling pattern.