You may remember at the tail end of last year as we were getting all Christmassy, Mattia Bicchi shared a wonderful seasonal time lapse video with us. He's back with another one for a new season, making the most of the few blue skies we've had so far and using another beautiful soundtrack.

The time lapse technique really emphasises the contrast between majestic London landmarks with bustling people, scudding clouds and the ceaseless Thames. Do hold out for a particularly beautiful moment by Albert Bridge.

It took Mattia two months to complete this video - this photo from his Facebook page gives an idea of the gear and patience involved. 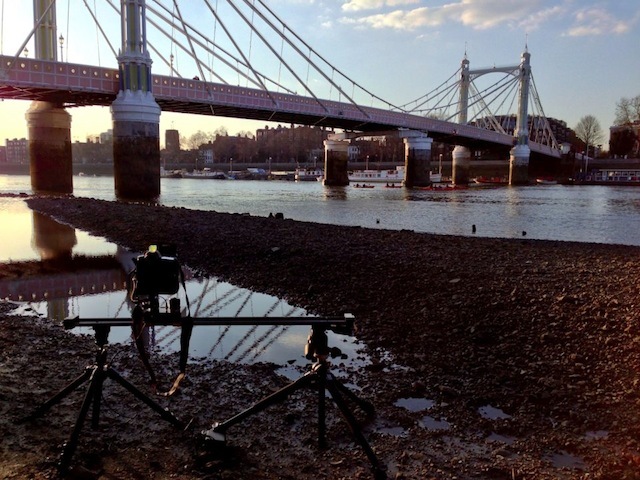