London Could Get Dutch Roundabouts For Safer Cycling 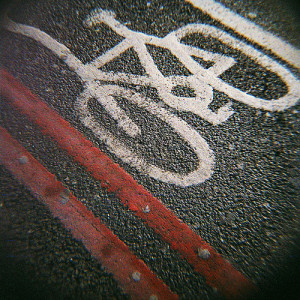 Dutch-style roundabouts with segregated cycle lanes could be introduced in London if trials taking place at the Transport Research Laboratory are successful.

You can see a video on the London Cycling Campaign website on how the roundabouts would work.

Roundabouts are inherently dangerous places to be, with traffic attempting to negotiate often poorly-marked lanes while keeping an eye on all the other traffic around them. Even more so for cyclists — two people recently lost their lives on the Bow roundabout, prompting TfL to make improvements to the junction. But simultaneously trying to appease an increasingly vocal cycling community while avoiding impeding traffic flow led to criticism that the changes were 'overcomplicated' and some cyclists were ignoring them anyway.

Eye level signals (like the ones at Bow) are also under trial to help cyclists at junctions and, according to BikeBiz, make it clearer to the irksome red light jumpers that the same rules apply to cyclists as to motorists.

In March, London mayor Boris Johnson announced a £900m 'cycling revolution' for the capital which would see some segregated lanes as well as inviting outer-London boroughs to become 'mini-Hollands' to promote cycling for shorter trips. With £100m of that budget earmarked for improving junctions, we will hopefully see a sharp reduction in roundabout accidents. The announcement comes on the same day as three cyclists were hospitalised following accidents on London's roads.

IanVisits has also helpfully pointed out that TfL have offered cyclists the opportunity to take part in the trials. Simply fill in this form.