For Whom The Bell (Didn't) Toll: The Silencing Of Big Ben

By BethPH Last edited 111 months ago
BethPH For Whom The Bell (Didn't) Toll: The Silencing Of Big Ben 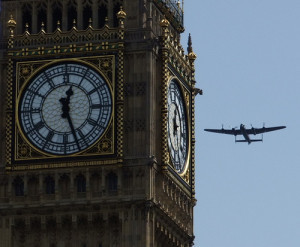 The news that Big Ben would be silenced for the duration of Baroness Thatcher's funeral today prompted us to examine the other occasions when London's best-known bong and/or its attendant bells went quiet. Despite press reports to the contrary today, the mechanism has been stopped on many occasions.

1859 - the main bell cracked just a few months after it started tolling and didn't start again until 1862.

1877 - the entire mechanism is stopped for several weeks while the clock is re-gilded and generally spruced up. (£)

1896 - the bongs were silenced for several days so the bells could be rotated, according to press reports.

1907 - the quarter chimes were stopped for repairs lasting about a week, then Big Ben itself, but never all at the same time.

1916 - silenced for two years to prevent attacks from German zeppelins. Though in World War II the bells rang but the face was darkened. We're not sure why but are happy to be enlightened by experts on either Big Ben or WWII.

1926 - according to press reports of the time (£), "some of the residents in the fashionable parts of Westminster are agitating for the muffling of the chimes of Big Ben after midnight," as the bongs were disturbing their slumbers. You get a higher quality of NIMBYism in Westminster. Their appeal was ignored — it was suggested that late bongs served as a reminder to late-night revellers that they should mend their ways.

1934 - the bells were once again silenced for a two-month maintenance. The main bell was rotated, as its hammer had worn a hole quarter of an inch deep. During the break, Big Tom at St Paul's Cathedral stood in for broadcasting duties.

1956 - all the bells and the clock mechanism got another major overhaul lasting several months. Big Tom once again stands in.

1962 - New Year was bonged 10 minutes late when snow and ice weighed down the pendulum. This is supposed to happen apparently.

1965 - the bells were silenced between 9:45am until midnight on the day of Churchill's funeral.

1976 - Big Ben's only major breakdown (shame we can't say that about the tube) which resulted in stoppages on 26 days over nine months.

2005 - three times actually, the first time possibly due to heat, the second for maintenance and the third when a Slitheen spaceship crashed into it.

2006 - the quarter chimes were out of action for maintenance.

We should probably be thankful that silence won over a suggestion by some Conservative MPs that Big Ben should chime 87 times in a row (once for each year of the former prime minister's life) as we'd certainly be deaf or ready to shut our heads in a drawer by the time the 87th bong reverberated around the capital.

See here for Londonist's round-up last year of the tower with five names and here for pedantry and myth-busting.