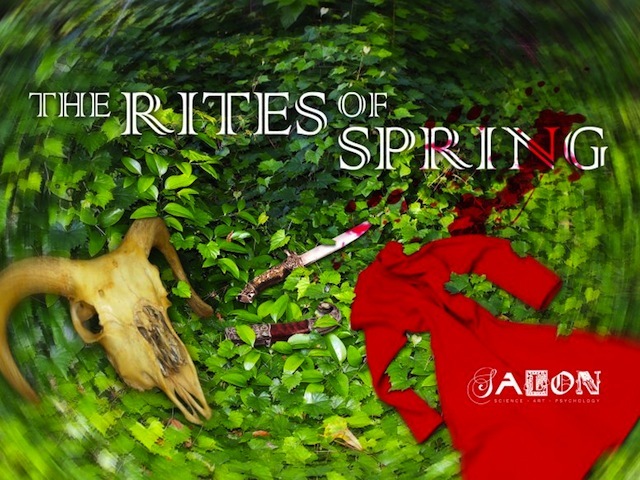 ADDICTION: A Gresham lecture at the Museum of London looks at the history of addiction, and society's changing attitudes towards it. Free, just turn up, 1pm

COMPUTERS: Find out what the consequences can be when computers make errors, at another Gresham lecture at Barnard's Inn Hall. Free, just turn up, 6pm

WEATHER: The BBC's David Shukman takes his earnest tones to the Royal Society, where he speaks on how forecasters can predict and report on adverse weather conditions. Free, just turn up, 6.30pm

OFFENCE: Nick Cohen talks about censorship, freedom of speech and the need to offend at Skeptics in the Pub in Camden. This is likely to be busy so get there early. £3, just turn up, 7.30pm

SCIENCE ON STAGE: This month's Science Showoff at the Wilmington Arms includes 10 acts, covering everything from viral horrors to the beginning of the universe in LEGO. £5 (suggested donation), just turn up, 7pm

BODYSNATCHING: Ruth Richardson digs deep into the history of bodysnatching in London, to accompany the Museum of London's ongoing exhibition. £7, prebook, 7pm

MORE GRAVERY: Catharine Arnold continues the sepulchral theme, with a talk on the history of London's cemeteries at the Bishopsgate Institute. £8, prebook, 7.30pm

EXOPLANETS: Know your hot Jupiters from your super Earths? Gresham's Carolin Crawford describes the menagerie of exoplanets, and how astronomers spot them, at the Museum of London. Free, just turn up, 1pm

ARCHITECTURE: Simon Thurley concludes his series of lectures on English architecture, with a talk at the Museum of London about the built environment post-WWII. Free, just turn up, 6pm

POPULATION: The Grant Museum's 'Big Question' this month is 'should we control human population growth' to better manage dwindling resources? A free glass of vino and a tour of the museum follow. Free, just turn up, 6pm

SPRING: The wonderfully eclectic Salon London returns, this month themed around different types of 'spring'. Talks include an update and background to the Arab Spring, the wildlife sounds of spring, and insights into Stravinsky's The Rite of Spring. Yes, eclectic is definitely the word. £12, prebook, 7pm

STATUE: The statue of Yuri Gagarin, last seen decorating the Mall, will be permanently installed outside the Royal Observatory Greenwich today, echoing the Greenwich-gets-Westminster's-sloppy-seconds transfer of Yinkja Shonibare's ship in a bottle from Trafalgar Square to the Maritime Museum. No time given

WOMEN AND SCIENCE: An all-day event (you're encouraged to 'bring a picnic) at London Metropolitan Archives looks at the history of women working in science, as viewed through the LMA's archive. Guest speakers include Heather Couper and Rebekah Higgitt. £10, prebook, 10am-4pm

DIY BIOLOGY: LabEasy, a two week drop-in hub of do-it-yourself biology, opens at Arts Catalyst on Clerkenwell Road today. As well as turn-up-and-do activities, the centre also has a programme of workshops such as 'genetic modification for beginners'. Many are sold out, but you should take a look at the full lineup. Free, just turn up, weekdays 12-4pm until 17 March

EXPLORATION: Another talk at the Royal Society looks at the role naval offices and surgeons played in documenting the worlds flora, fauna and peoples during the great age of discovery. Free, just turn up, 1pm

TECH: As part of International Women's Day, Tech City is putting on an evening showcasing women working in design, creativity and tech. It's hosted by Poke, in the Biscuit Building, Shoreditch. @TechCityIWD. Free, prebook, 6.30pm

TUBE ETHICS: Philosopher Richard Baron looks at the ethics of the Underground, at the Bishopsgate Institute. Example: "Should you be utilitarian, limit your spending on safety equipment, and trade off a few deaths against lower fares for everyone, or should you say that every life is of infinite value, and buy every possible safety device?". Free, just turn up, 2.30pm

PHILOSOPHY: Is philosophy still needed in these supposedly rational, scientific times? Yes, argues Cleo Bellenis at Conway Hall (scroll down a ways on the linked site as for some reason they don't have separate pages for events). £3, just turn up, 11am

Did we miss anything? Let us know in the comments or email matt@londonist.com to tip us off about future events.