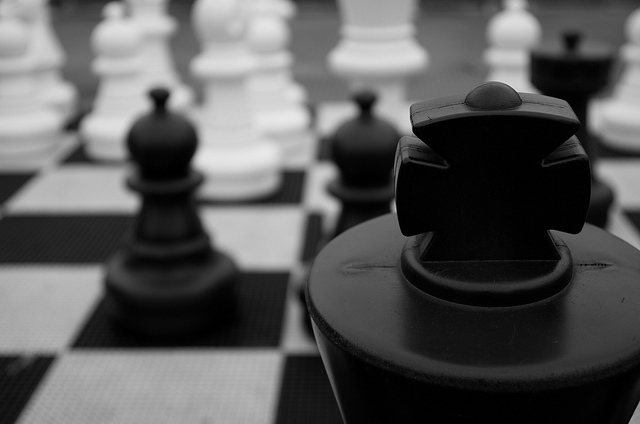 The greatest chess players on the planet are coming to London to compete for the chance to challenge long-reigning world champion Viswanathan Anand in a world title duel later in the year.

Players include world number 1 Magnus Carlsen who became an International Grandmaster at just 13 (he's now 22) and world number 2, Vladimir Kramnik, who beat Gary Kasparov in London in the year 2000.

Interesting to note there are no women in the line up and Wikipedia says that "as of 2012, no woman has ever been the world champion, and only a handful have made it to the top 500 players". Perhaps an initiative in Newham could help to challenge this woeful gender imbalance. New E20 neighbourhood East Village (where the Athletes' Village was during London 2012) has invested money in the Newham Chess Project — run by Newham Council and charity Chess in Schools and the Communities — which funds chess clubs, sets, and lessons in five local schools. The additional funding will enable the project to roll out to a further nine schools and introduce the scheme to libraries across the borough too. If take up is good, there could be a chess festival and giant chess sets in Newham parks during the summer.

To celebrate, there will be a giant chessboard and a day of chess activities for local schoolchildren in Stratford Library on Wednesday 13 March ahead of the first new chess club opening to the public (of all ages) in the Library on Thursday 14 March.

So watch out for the first Newham Grandmaster, coming soon. And as World Chess says, may the best minds win.

The World Chess Candidates Tournament takes place at 2 Savoy Place from 14 March to 1 April. A tournament pass valid for every session is £200. Adult tickets for individual sessions are £25, students £11.25. Click here to book.

Photo by Michael La Rocca via the Londonist Flickrpool