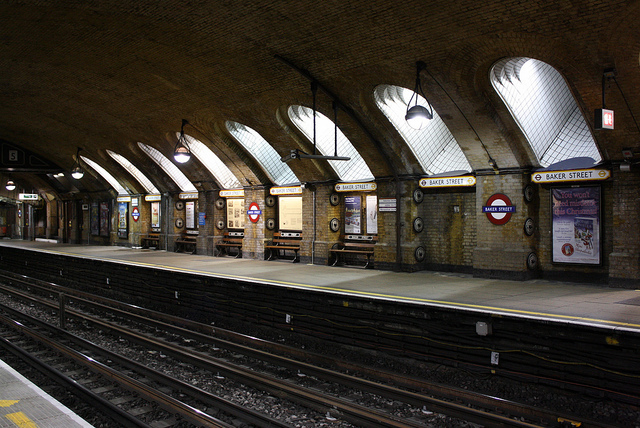 Back off the bench in her first official engagement after some much-publicised tummy troubles, the Queen will today visit Baker Street station with the Duke of Edinburgh and the Duchess of Cambridge. This most august trio of trainspotters will meet staff and inspect a restored 1892 carriage. They'll also walk through one of the new S7 trains, which will be named Queen Elizabeth II in her honour (pic), and meet representatives of charity the Railway Children. The occasion is yet another celebration of the London Underground's 150th anniversary.

The regal Oyster card might not enjoy too many swipes, but the Queen does make occasional visits to Tube stations. She last went Underground in February 2010 to place a plaque to the victims of the Aldgate bomb of 7 July 2005. She even got to drive a new Victoria Line train back in '69.

Image by Nina J. G. in the Londonist Flickr pool.