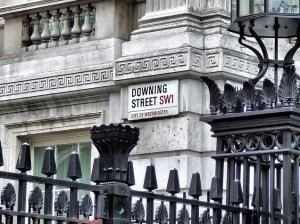 Former chief whip Andrew Mitchell has made a complaint to the Independent Police Complaints Commission (IPCC) over the Metropolitan Police's investigation of last year's 'Plebgate' allegations against him.

Earlier this week, Mitchell also issued a libel writ to the Sun newspaper over its reporting of the incident.

Files sent to the Crown Prosecution Service are said not to contain any evidence that the police lied about the altercation which cost Mitchell his job — a curious omission given the subsequent arrest and suspension of three Met officers. Quite what the Met's doubtless exhaustive investigation of itself actually does contain remains a mystery, as does the reason why Scotland Yard should even be allowed to handle its own inquiries over alleged misconduct by police officers. In his letter to IPCC deputy chair Deborah Glass, Mitchell said:

"We are deeply dismayed that the Metropolitan police appear to have leaked part of their report prepared for the Crown Prosecution Service (CPS) to certain members of the press and spun it to the advantage of the police officers involved.

"This was an enquiry into a dishonest and illicit attempt to blacken my name and destroy my career. It would appear that this police enquiry continues precisely that process."

The Met's 'eyewitness' accounts were called into question late last year after CCTV footage of the incident cast doubt on the police's version of events — Mitchell has always admitted there was an altercation but denied using the P-bomb. The event prompted an outbreak of look-what-the-Tories-really-think-of-us, calls for Mitchell's head on a truncheon and a bizarre claim from the Sun that arresting one of the officers was oppressive and somehow counter to free speech.

The fallout over plebgate appears ever-increasing with 10 police officers from four different forces apparently under investigation and two separate IPCC investigations. As of January 2013, the cost was £82,500. Expect it to go up.

Photo by bryan with a y in the Londonist Flickr pool.