Where To Play Sport In London: Part J 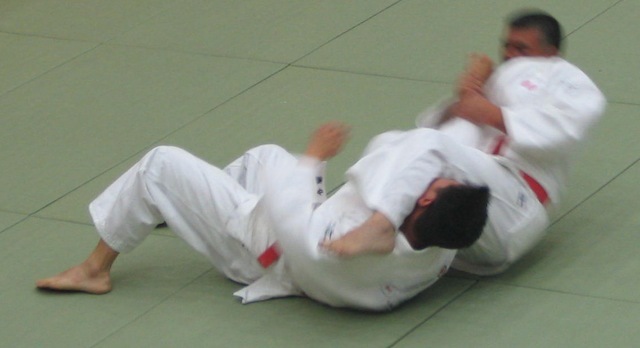 Continuing our alphabetical journey through London’s best sports venues, this week with some relatively unknown sports.

Jazz Dancing
This popular style of dancing merges all the main dance styles to make a unique, fun and energetic form involving, kicks, leaps, sideways shuffling and best of all, Jazz Hands. Modern jazz dancing is the most common type, and became popular from the 1950s onwards, most recently promulgated by the late Michael Jackson. City Academy based in Farringdon, has taster sessions and classes for absolute beginners. For more serious jazz dancers, the Jazz Dance Company has season-long sessions and its graduates have starred in the majority of West End musicals. For other jazz dance venues and classes, have a look at the London Dance directory.

Jianzi
‘Badminton with your feet’ is the best way to describe Jianzi, with players aiming to keep a heavily weighted shuttlecock in the air using their feet and other parts of the body (not their hands). This social sport originated in Vietnam and is very popular in Asia, yet still remains relatively unknown in the UK. There is one main supplier of Jianzi shuttlecocks, which are hand-made in Vietnam and only cost a few pounds. Once you have your feathered friend, you can ‘freestyle’ anywhere or head down to your local badminton court for a more organised game with your fellow ‘Jianzies’.

Jitsu
The martial art of jitsu originated and was developed in medieval Japan and involves using your opponent’s energy to their own disadvantage through a range of throws, strikes and joint locks. It is rapidly growing throughout the UK and now counts over 3,000 members. To find your nearest jitsu club the Jitsu Foundation has created a useful find a club page. London clubs include City Jitsu Club, Moorgate Jitsu Club and Highbury Jitsu Club. Hackney Jitsu Club situated in Shoreditch is the newest club and is actively looking for new jitsu enthusiasts with free taster sessions on offer.

Jiu Jitsu
Essentially an offshoot from judo, Brazilian jiu-jitsu (BJJ) is full contact and focuses on grappling between opponents. It is considered one of the best martial arts for self-defence. London Ju Jitsu hold classes at Tooting Leisure Centre and Covent Garden throughout the week. Free introductory classes are also available at the Gracie Barra academy in London Bridge and the aptly named London Fight Factory in Old Street.

Judo
Continuing the martial arts theme, judo is a widely popular activity and has been an Olympic sport since 1964. The object is to take down and immobolise your opponent with a throw, joint lock or ‘choke’, or else win by scoring the most points from throws. Like many other martial arts, it also originated in Japan. The particular attraction to judo is that it is interpreted in different ways, as a sport, an art form, discipline, fitness programme or just a means of self-defence. British Judo offers a Club Finder to help locate your nearest club, although most martial arts clubs should offer judo given its inherent popularity. Notable London judo venues and clubs include Budokwai, Alwyn Judo Club, Alexandra Park Judo Club and Barnet Judo.

Jogging
Greenspace Information for Greater London (GIGL) estimates that there are over 3,000 London parks and green spaces, which make up 50% of the city. Our city is simply ideal for jogging, with runners everywhere in London parks and pounding the capital’s streets. All you need is a suitable pair of trainers and some willpower. To help you find a good jogging path, Routeyou has several guides to the best spots, particularly in Hyde Park, Battersea Park, Richmond Park and Regent’s Park. However, for those needing inspiration, there are all sorts of organised jogging clubs available, such as City Jogging Club, Serpentine Running club and City Jogging Tours. Meetup also has plenty of jogging clubs and groups available to anyone. Finally, if you are out of work or struggling to make ends meet you could also take a look at Jogpost. Joggers are paid to deliver flyers so it is win-win — you get fit and paid!

Jorkyball
This sport is loosely derived from traditional association football, the difference is that it is a two-a-side version of the game. It is usually played indoors on a specially designed 10m x 5m court. However, it can essentially be played at any indoor sports hall. Jorkyball UK has a list of the all the London clubs and details of the rules. Its main selling point is that it should not be a hassle to organise as you only need four players.

By Sam Parton
Sam is Founder of Openplay.co.uk which helps take the hassle out of booking London Tennis Courts and other sports facilities.

Image by Gotcha2 under a Creative Commons licence.