Where To Play Sport In London: Part D

This week’s ‘Where to Play Sport in London’ guide brings you sports beginning with D: 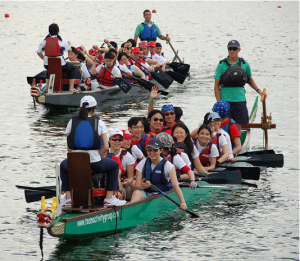 Dance
Dancing encompasses many genres, cultures and methods so pinpointing specific places is arduous. However generally speaking you can find venues in London for almost any type of dancing ranging from Line dancing to Flamenco to Ballroom Dancing. Furthermore most dance studios offer a broad spectrum of different dance classes. As a first port of call, check out londondance.com’s directory which provides a detailed view of the London dancing scene. Perhaps the most renowned venue is the Pineapple Dance Studios in Covent Garden which was made famous by Louis Spence and his team. A plethora of classes are on offer ranging from Latin, Tap, Street, Commercial dance and many more. Some of the main gym chains and independent teachers operating in school halls and community spaces also offer more physical classes such as Zumba, Capoeira and modern dance.

Darts
This is probably the only sport in the world where the pub is genuinely your training ground and ‘athletes’ are often fuelled by crisps and beer. Sadly however, London darts venues are diminishing as pubs are constantly closing down. They are also increasingly taking darts off their menus due to concerns about safety and licencing. Fortunately Justin Irwin, the self-proclaimed ‘Bachelor of Darts,’ has compiled a great list of London darts venues via Capital Arrows. He has detailed over 160 London darts venues, 114 within two miles of the city centre. Some of the best darts venues also tend to be in the main snooker chains such as Riley’s in Victoria and Twickenham which both offer specialist ‘darts zones’. The Hurricane Room chain also often have darts available in many their snooker venues scattered around London such as in Acton, Kings Cross and Colindale.

Disc Golf
This is just like traditional golf in that the object of the game is to go around an 18 hole in as few shots as possible. The difference is that you throw a Frisbee rather than hit a ball, and to complete a hole you have to land the disc in an elevated metal basket. Whilst relatively nascent, The British Disc Golf Association has a comprehensive disc golf course directory. London’s best examples are Croydon Disc Golf and Lea Valley Country Park which offer London’s only permanent disc golf courses. Otherwise a portable course can be found on Wimbledon Common from May to September.

Diving
Fancy yourself as the next Tom Daley and capable of doing a reverse one and a half somersaults with three and a half twists (dive code 5337D), in the Free position? Then head down to one of the many diving centres in London. The Great Britain Diving Federation has a Diving Centre Finder to help you locate London swimming pools with diving boards. The best picks are the Crystal Palace National Sports Centre with its terrifying 10m Olympic diving board and Putney Leisure Centre with a marginally less terrifying 5m board.

Dodgeball
The 2004 Ben Stiller film with the same name helped introduce the UK to Dodgeball and catalyse a rapid rise in its popularity. What is particularly attractive about this sport is that it usually involves both genders, split into two equal teams, so it is an excellent opportunity to flirt. The goal is simple - eliminate the opposition by throwing different sized balls at them. If you want to get involved, Dodgeball UK offers leagues in Shoreditch and Canary Wharf and anyone is invited to get join. Go Mammoth also run Dodgeball Leagues at the Barbican, Clapham South and Paddington where you can either join as a team of eight or as an individual in which case you are allocated a team.

Dragon Boat Racing
Dragon Boat Racing has ancient Chinese origins and its history traces back more than 2,000 years. Today Dragon Boat racing involves teams of up to twenty paddlers in a 40 foot boat with a drummer and helm, paddling frantically to beat the other teams down the course. The British Dragon Boat Racing Association (BDA) has a Club Finder detailing the dozen or so London clubs. Two such clubs are the aptly named Thames Dragons and Raging Dragons which are both based in East London. The racing season typically lasts from March to October with the national championships held annually at the National Watersports Centre in Nottingham. It is social, historical, original and great exercise, so how can you not be tempted to try it?

Sam is Founder of Matchtea.com which helps you find and book London Sports Facilities.

Photo of Dragon Boat racing on the Thames by McTumshie via the Londonist Flickrpool.