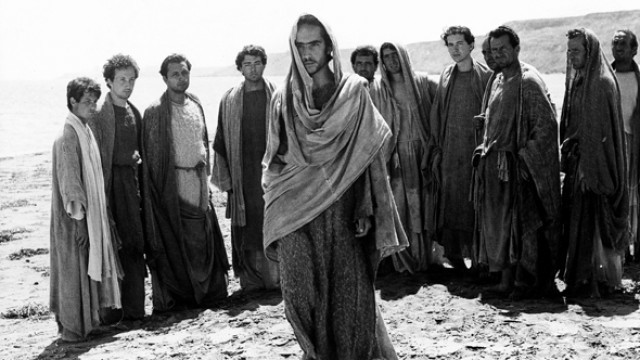 One of the most controversial and celebrated directors of his day, Italian Pier Paolo Pasolini's films will be presented as part of a comprehensive season at BFI Southbank over March and April. Dealing with themes of religion, sexuality and politics, his features proved influential to directors as diverse as Martin Scorsese, Derek Jarman and Gus Van Sant.

The season begins with Pasolini’s most celebrated film, The Gospel According to Matthew, which uses non-professional actors and an eclectic soundtrack – including the likes of Billie Holiday and Bach – to tell the story of Jesus Christ’s crucifixion and resurrection. His subsequent films would similarly recontextualise popular stories, including a version of Oedipus Rex starring Maria Callas, and adaptations of both The Canterbury Tales and Arabian Nights, but in addition to being a renowned artist, he was also seen as a provocative, transgressive figure.

Pasolini was well-known for his frank, often shocking depictions of sexuality, most infamously in the notorious Salò, or the 120 Days of Sodom. Based on the book by Marquis de Sade, Pasolini transposes the story from 18th-century France to the last days of Mussolini’s reign over the Italian Social Republic, questioning fascism’s ultimate end in a film that was initially rejected by the BBFC in 1976, but is presented here uncut. Slightly less shocking, but nonetheless fascinating, is Theorem, in which Terrence Stamp plays a beautiful young man who has a transformative effect on a bourgeois Milanese family after systematically seducing everyone from the maid to the troubled father, before abandoning them. A striking fusion of some of Pasolini’s most enduring themes, the BFI will be releasing Theorem in a new print.

A rare opportunity to see all of Pasolini’s films together as part of one comprehensive season, BFI Southbank’s Pier Paolo Pasolini retrospective runs from 1 March to 30 April. Tickets are available from the official website.