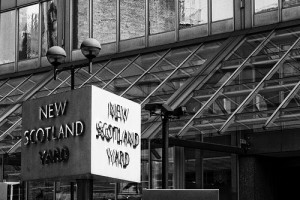 The Metropolitan police's Sapphire sex crime unit has been in the news again for all the wrong reasons.

An Independent Police Complaints Commission (IPCC) report found that a rape victim had been 'encouraged' by the Met to drop her claim against a man who later murdered his two children. The Southwark Sapphire unit are also said to have pressurised other victims into dropping their allegations to improve detection rates.

Sapphire was set up for (according to the Met's website) 'the investigation of rapes and other serious sexual violence, with not only an emphasis to arrest and prosecute the perpetrator and investigate the offence to the satisfaction of victim, but just as importantly, on the care and support of victims of these crimes'.

Which all sounds very committed, and we don't doubt there are many dedicated officers working on Sapphire, but the unit's sparkle has been somewhat diminished in recent months. Last year a former detective constable was found guilty of faking records and failing to investigate serious sexual offences. As a result, around 13 cases didn't proceed.

The latest revelation that the Met's stats are considered by some officers to be more important than taking allegations seriously doesn't fill us with confidence. Of course, any attempt to measure performance by stats is going to generate a variety of tactics to paint a better picture and former Met commissioner and mayoral candidate Brian Paddick highlighted such jiggery pokery last year at the Leveson inquiry.

The Met have tried to take some steps to improve their rep on sex crimes — it recently launched an online guide, and announced it would target pubs and clubs with high incidences of sexual assault. But with a survey last year revealing that over 80% of women don't report rape, combined with high-profile cases featured in the media where a woman making a false allegation has been jailed, the default setting faced by victims appears too often to be disbelief.