London's Empty Office Blocks To Be Turned Into Homes 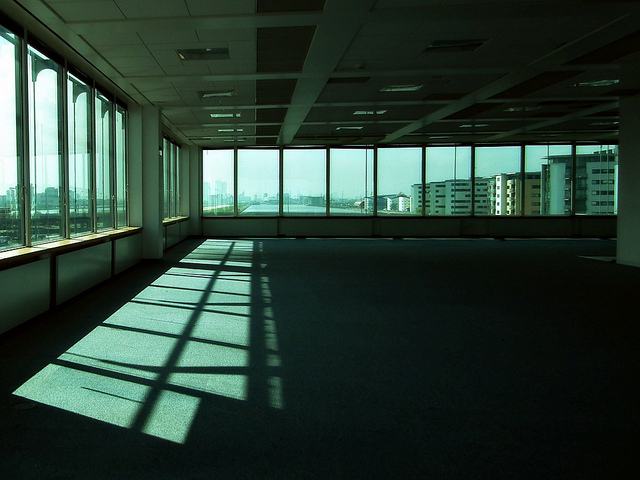 Up to 40,000 new homes could be created in London and the South East by converting empty office blocks, planning minister Nick Boles is set to announce. The Government is hoping to re-write planning rules, making it easier and cheaper for developers to convert commercial space into flats. It's envisioned that developers would mostly focus on smaller office spaces here and there, rather than, say, converting nine empty floors of the Heron Tower for tenancy.

Could it work? The supply and demand side of the argument seems — superficially, at least — to stack up. There's no shortage of empty business premises; the national average is 12%. Meanwhile, the lack of housing in the ever-more-populous capital is a daily news item.

Yet the scheme is far from a no-brainer. Several local authorities — notably Westminster and The City of London — are expected to oppose the plans or seek an exemption, fearing that a surge in office-to-home conversions could compromise the amount of commercial space available as the economy recovers, thus hindering growth. Places like 'Tech City', the area around the Old Street Roundabout touted as a future leader of the tech sector, are particularly sensitive, with small companies increasingly needing floor space. Westminster Council calls the proposals 'naive'. There are also concerns that the plans will do little to address the dearth of affordable housing, with developers understandably wanting to maximise profit by targeting the mid-to-higher end.

Something drastic needs to be done to break the housing deadlock. It's good to see ministers pitching some kind of plan, even if it does have its flaws, and probably won't go far enough. Yet if the scheme unfolds on the scale imagined, we could see all kinds of subtle side-effects, such as altered commuter patterns, changes to parking provision, and the need for more schools, supermarkets and recreational areas in previously commercially dominated areas, to name but a few. One simple change to the planning regulations could have hard-to-predict knock-on effects that would alter the local character of certain parts of London.

But let's suppose this goes ahead. Which empty office spaces in London do you reckon would be ripe for conversion?