Following on from Part 1, in which we looked at recent games set in the capital, we now turn to the first generation of London-based pixel play.

These days, video games can replicate a city down to the smallest detail. The games of yesteryear might not have had the same raw power at their disposal, but many still managed to capture the capital in their very own pixelated style. Here are some classic retro recreations of London. 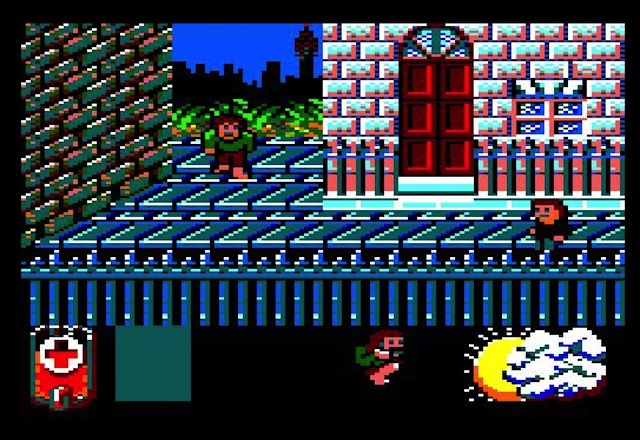 Showing the capital as a strange blend of Victorian housing and lush woodland, Werewolves of London was first released on the Commodore 64, ZX Spectrum and Amstrad more than 25 years ago. Drenched in moonlight as players roam Hyde Park and the underground system, the city itself remains mostly faceless. It’s only through an abundance of tube maps and angry blue Bobbies that the game manages to put its own stamp on London. But is that the BT Tower in the background? 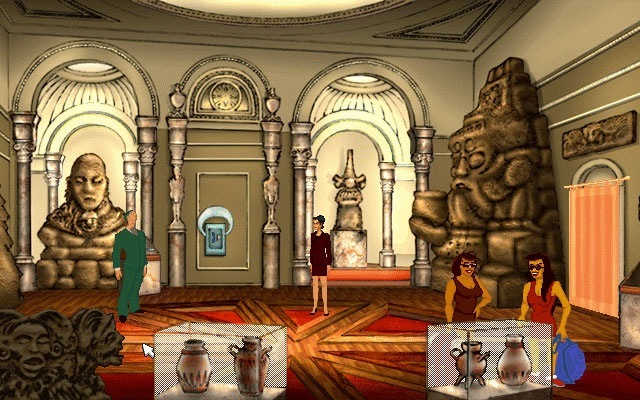 The Broken Sword series has always had a knack for capturing the feel of a city thanks to its beautiful hand-drawn art style and laid back pace. One of our favourites in the series is The Smoking Mirror, which briefly leaves the heat of the Caribbean and takes a soggy trip to London. Proceedings open in the pouring rain as French journalist Nicole Collard steps out of a black cab and into the British Museum. London is only on show for a short segment, but The Smoking Mirror manages to deliver a brilliant sense of atmosphere without focusing too much on accuracy. 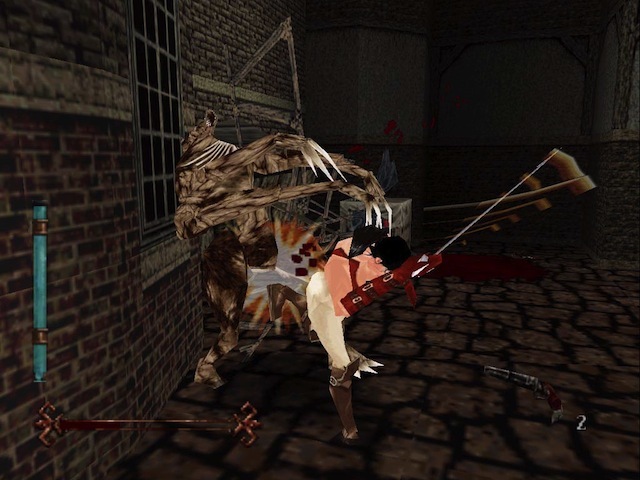 Nightmare Creatures delivers London via the clunky controls and muddy visuals we all endured during the late-90s as games took their first proper stab at 3D gameplay. Taking place during the 19th Century, one level brings players to a dark depiction of London Zoo, now populated with creatures of the undead over the usual abundance of tourists and toddlers. Stone walls and metal gates tower across the screen, alongside a thick black fog that quickly kills any sense of scale. 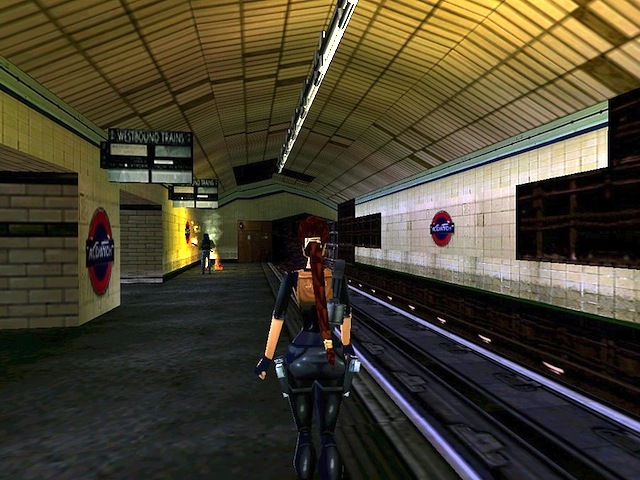 Lara Croft was the quintessential depiction of an English heroine for more than a decade. She may be due a reboot later this year, but Tomb Raider III saw Lara at her peak, and happy to vault and flip across the rooftops of London in the dead of night. Our capital is as regal and posh as you might expect, with St Paul's taking centre stage and 'Thames Wharf' sporting a Gothic vibe. Most memorable of all is Lara's sojourn into the abandoned Aldwych Tube station. Even blurry textures and Lara’s constant plummets to her doom can’t mar the stylized London on show. 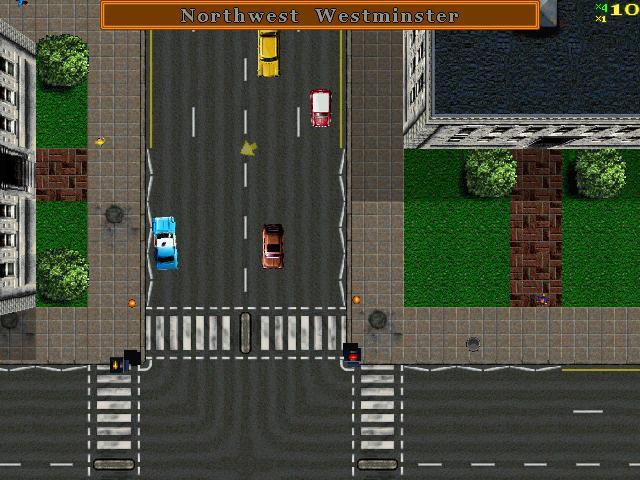 Of all of gaming’s London recreations, Grand Theft Auto: London 1969 is perhaps the most popular. More recent games in the series might have dropped much of their humour in favour of a sombre tone, but London 1969 is more than happy to revel in the stereotypes of cockney geezers and London larks in Bermondsey, Bow and Mile End. Arriving as an expansion rather than a fully fledged game, it’s jarring to see areas previously caked in Americana given a British makeover. Since when was our city built on a grid system? Red phone boxes make a happy appearance, but only as New York booths given a quick lick of paint. Well, you can’t have everything.

And here's the map from the game. Spot any inaccuracies? 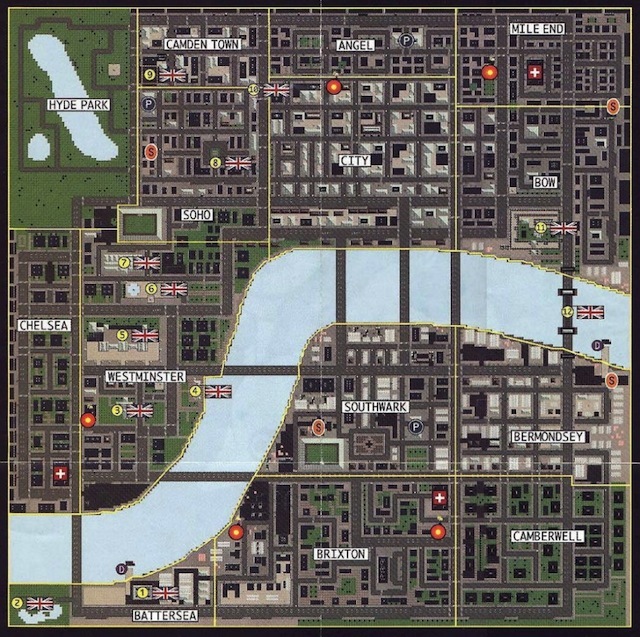 The games of old can’t hope to compete with the visuals of modern gaming, but many have more than enough personality to make up for it. Retro depictions of London might not always be accurate, but the limits of the day’s hardware meant a focus on creating an atmosphere first and foremost. It’s style over substance in the nicest possible sense. The 80s and 90s gave us some truly memorable depictions of our capital, regardless of how faithful they ended up being.

See also Part 1, for a look at more recent games set in London.

This article is by no means comprehensive. Please feel free to suggest your own favourites below, and we might compile them into a third article.