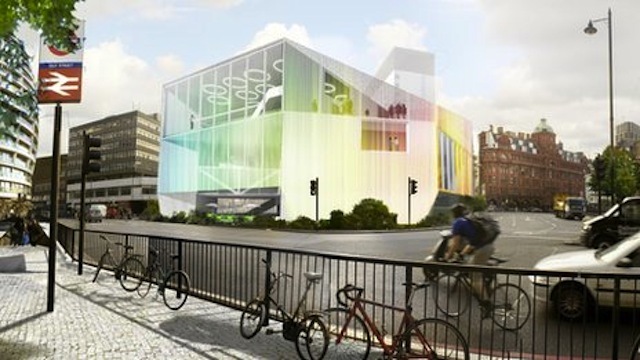 The concrete back-to-the-80s timewarp that is the Old Street roundabout is to get a much-needed overhaul. The 'silicon roundabout', so called because of the preponderance of tech startups nearby, is a dismal let-down for anyone expecting a flickering hub of innovation. The Tube tannoy system is about as digital as it gets.

A £50 million government investment, announced today, will see the area above the roundabout transformed into a tech hub, with 3-D printing labs and facilities for small start-ups. The building will, according to the government, become: “Europe’s largest indoor civic space, dedicated to start-ups and entrepreneurs in East London". Among other things, it'll have the capacity to train thousands of students in coding and other tech talents each year.

Perhaps as importantly (and these things are important), the building will create a landmark symbol of 'Tech City' (the official name for the cluster), to help focus attention on the quarter and thereby boost investment from the likes of Google, Microsoft and other established companies, who are increasingly turning to the area to find talent.

The images so far released show a colourful, semi-transparent building, rising four or five storeys above the roundabout. It should be noted that these are only concept images, and final designs have yet to be published. But even a giant totem head of George Osborne eating a kitten would be an improvement on what is currently there.


£50 million is a lot for the government to spend on one area at times of deep financial troubles. We can only hope it provides the fillip needed to turn London into a world centre of tech creativity, which might one day rival our banking and financial services sectors without all the pissy downsides.