Fares To Rise By More Than Inflation For Next Ten Years 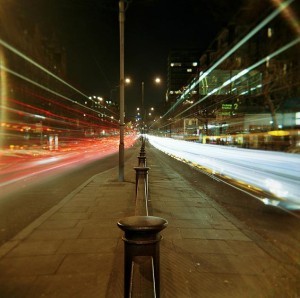 TfL has set out its ten year business plan – we've had a look and put together this round-up of what we can expect from London's transport in the future.

The focus is on investment and upgrade, and it's being partly paid for from fares. Don't look for fare freezes or cuts: over the next ten years, TfL is basing its plans on annual fare rises of inflation (RPI) plus 1%.

There's an emphasis on improving London's road network with a ten year plan, doubling planned spending from £1.9bn to £3.8bn. This video clip features Peter Hendy, TfL's Commissioner, explaining that roads haven't had serious investment in some time (which the state of Hammersmith flyover, and other flyovers, attest to) and talking about modernising traffic signals to reduce congestion. The same clip has Assembly Member Val Shawcross expressing concern that TfL is going the wrong way, and should be encouraging people out of cars and onto public transport.

As well as the Northern Line (by 2014) and sub-surface lines (by 2018) upgrades, there are reminders of these congestion relief schemes for tube stations:

There's to be no Tramlink extension to Crystal Palace yet (though funding discussions are under way), but frequency will increase between Croydon and Wimbledon with four new trams and double-tracking key sections. But we'll be able to use contactless debit and credit cards to pay for bus journeys before the month is out, and on the rest of the network by the end of next year. Overground trains will also become longer and more frequent, in recognition of the network's popularity. And, amusingly, aviation merits one sentence.

95% of bus stops should be fully accessible by 2016 and the plan is to continue making the city's streets more accessible and attractive by taking out clutter and adding more signage. Cyclists will lament the lack of Dutch-style cycling plans and will doubtless already know about the current junctions review and future plans for cycle routes (by the way, have your say on CS5 until 11 January).

If you want to read the full document, it's available on TfL's website.