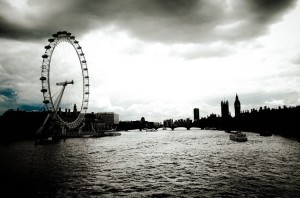 The Commons finance and services committee has proposed commercial tours and renting out of rooms in the Houses of Parliament to raise money towards its running costs.

The proposals include fee-paying visitors to tour Parliament outside of sittings, providing refreshments, improving access to the gift shop (we hadn't realised they had one) and offering out the tower housing Big Ben as a filming location. Not everyone is happy about it though.

The logical conclusion, according to Mr Halfon, is to install rollercoasters outside the building which is certainly an imaginative concept. Given that London already has a gigantic Ferris wheel not too far from the hallowed chambers of Westminster, we think that Parliament Square would be great for dodgems. There's also a handy green space between Westminster Bridge and the House of Commons which could house a helter-skelter and the aforementioned rollercoaster should fit nicely on that little green in front of St Stephen's Tower.

You can, of course visit Parliament by arranging a tour through your MP, attending a debate or doing an online tour.

Photo by jan bode in the Londonist Flickr pool.