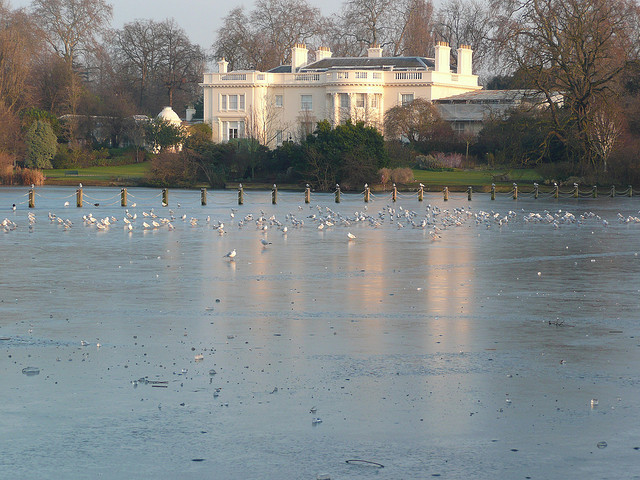 Continuing our series looking at the darkest chapters from the capital's history.

The date was 15 January 1867. Hundreds of pleasure seekers descended on Regent's Park to take advantage of the frozen-over lake in the south-west corner. Affluent Londoners of this period had something of a mania for ice skating, and frozen ponds and lakes were frequently advertised in the press.

Despite warnings of thin ice, many visitors got their skates on and started taking a turn around the gelid surface.

Then, the unthinkable happened. The ice began to weaken close to the banks and eventually cracked. Around 200 skaters plunged into the frigid waters. The icy temperatures, heavy Victorian clothing and limited swimming ability all conspired to tragedy. Despite the best efforts of those on shore, who broke off branches and assembled ropes, there were many fatalities.

Recovering the bodies proved frustratingly difficult. The ice quickly froze over again, and channels had to be cut through. It took over a week to be certain that all the victims had been found. By then, 40 bodies had been removed.

The disaster prompted measures to prevent similar incidents in future. The depth of the lake was reduced to 4 or 5 feet to make drowning less likely. While the authorities had learnt a valuable health and safety lesson, the public had not, and a similar accident occurred on the lake a generation later. The change of depth was all-important, and none of the 100 or so unwitting bathers suffered anything more serious than a chill.

Top Image: The frozen lake in 2009 by LondonDave in the Londonist Flickr pool.