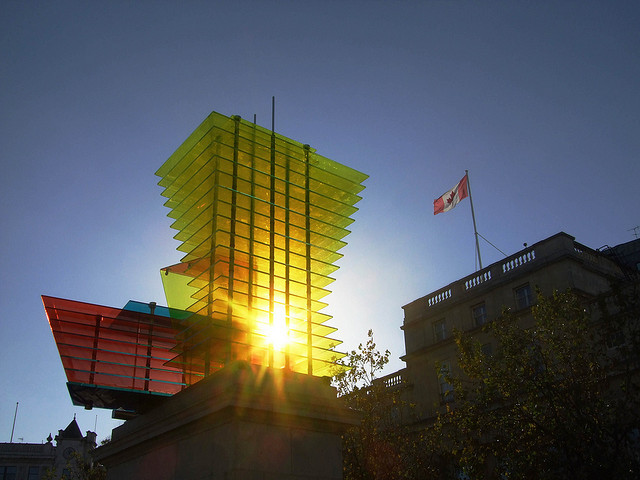 For the past 13 years, the empty 'fourth plinth' in Trafalgar Square has rarely been empty. An ongoing arts programme has seen eight sculptures occupy the stone pedestal, from a ship in a bottle to a boy on a rocking horse. Even we've been exhibited up there.

In December, the Institute of Contemporary Arts hosts a retrospective looking back at this most public of art programmes. Fourth Plinth: Contemporary Monument compiles documents and models showing the winning entries and the less successful pitches. The exhibition will also look ahead to the future of the commission, including the giant blue cock due to be erected next year.

Fourth Plinth: Contemporary Monument, in partnership with the Mayor of London, opens at the ICA on 5 December 2012 and runs till 20 January 2013. Entrance is free.

Image of Thomas Schutte's 2007 contribution by Tezzer57 in the Londonist Flickr pool.