Our top tips for the best opera, dance and theatre shows opening in London this week. Plus a reminder about those leaving the capital’s stages later this week.

OPERA
Escape the stuffy image (and expensive tickets!) of many London operas with a trip to La Bohème at the Charing Cross Theatre, produced by OperaUpClose this week. Opening tonight, this is an exciting, fresh production of Puccini’s masterpiece, and it won the Olivier Award for Best New Opera Production last year.

Then from Monday, you can see the ENO’s first ever staging of Vaughan Williams’ The Pilgrim’s Progress at the London Coliseum. This operatic version of one of the English language’s best-loved adventure stories is staged by the revered Japanese actor-director Yoshi Oïda, and conducted by Martyn Brabbins. 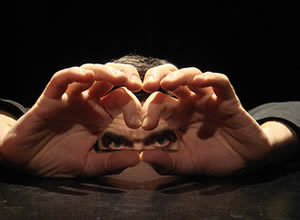 DANCE
From Friday, you can see the Philippe Decouflé Company DCA present Panorama at Sadler’s Wells. Philippe Decouflé’s skills as a choreographer, dancer, mime artist and director have been delighting audiences for nearly 30 years. In this latest piece, he takes elements from eight earlier works and rewrites his own history with a humorous retrospective.

From Saturday, there’s a mixed dance programme opening at the Royal Opera House: Viscera, Infra and Fool’s Paradise are performed together, accompanied by the orchestra of the Royal Opera House. Finally for dance, on Monday Anne Teresa De Keersmaeker and her company Rosas return to Sadler’s Wells with two of their most recent works, En Atendant and Cesena; the former is a celebration of dawn, the latter about the merging of twilight into night. 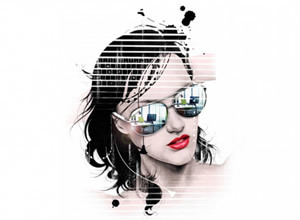 THEATRE
There’s plenty of Halloweeny theatre opening tonight and tomorrow: pick from Dracula at the Lion and Unicorn Theatre, Nosferatu at the Barbican and the ongoing Terror Season at the Soho Theatre, and the London Horror Festival in Camden.

Tomorrow, you can see Lucy Kirkwood’s new comedy NSFW at the Royal Court, a sharp assessment of power games and privacy in today’s media. On Thursday, the Rose Theatre Bankside welcomes the changing season with a production of The Winter’s Tale. And then there are two very different productions of Uncle Vanya opening in London this week: the first, from Friday, at the Vaudeville Theatre, stars Ken Stott, Anna Friel and Sam West; the second, at the Noel Coward from Monday is a very modern interpretation by Moscow-based company Vakhtangov (see below for a quick teaser).

LAST CHANCE
Saturday is your last chance to see Jumpy at Duke of York’s; King Lear at the Almeida; Three Sisters at the Young Vic; and All That Fall at the Jermyn Street Theatre.

Shows closing on Sunday include: The Tear Thief at the Little Angel Theatre; Flash Mob at the Peacock Theatre; and the Bush Theatre’s South Asian Literature Festival.