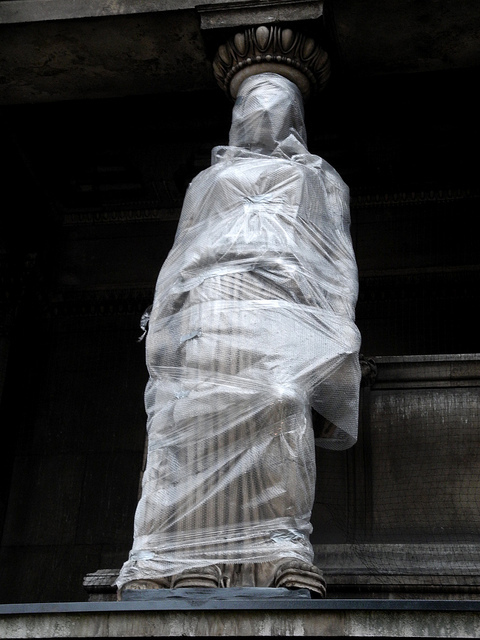 Heads up theatrephiles – the ever-popular Shunt Collective are coming back to a warehouse near you (if you live in SE16) with a new piece based on... well, we're not really too sure what at the moment.

They're keeping their Ancient Greek mythologies very much under wraps; the only things we've been able to deduce is that there's a labyrinth, a reinterpretation of a Jorge Luis Borges short story, and something about cows. But if you're familiar with their previous work such as Money , or their multifaceted curation of the Vaults beneath London Bridge, you'll know that even if you think you know what to expect, you're likely to be confounded.

Having moved out of the labyrinthine vaults beneath London Bridge more than two years ago, Shunt are looking to revisit their trademark award-winning transformation of ex-industrial space in their takeover of The Biscuit Factory. Anyone terrified at the prospect of any one-on-one theatre can relax though, as founder member David Rosenberg explained to The Guardian, "We are trying to find ways that audience take on a role within the performance without necessarily having to participate." So unlike our caryatid here, it looks like you can breathe easy.

Tickets are now on sale for the run which lasts from 27 November until 6 January. If previous shows are anything to go by, it'll pay to get in there sooner rather than later, before their secrets are divulged.

Tickets cost £25 Friday and Saturday evenings; £20 all other shows; preview prices until 2nd December £10-£15. Visit shunt.co.uk/thearchitects.html to find out more.

Image by World of Good in the Londonist Flickrpool