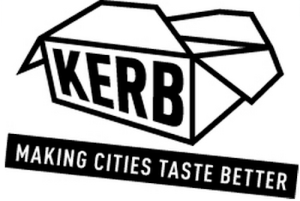 On the face of it, a huddle of food vans nestled in one of Europe's largest building sites shouldn't stand much chance of success. But for the past year, Eat.St has been punching way above its weight in the former railway lands behind King's Cross. The collective of stalls bring good food at reasonable prices to the students, office works and more adventurous commuters in the NC1 area. Concept proved, Petra Barran's street food creation will now transmogrify into something that's (hopefully) bigger and better.

From Thursday 4 October, the food stalls will trade under the new moniker of KERB. The change brings more food and more traders to King's Boulevard, between St Martin's College and King's Cross station.

Thursday's launch event will see a parade of vendors along King's Boulevard at 1pm, followed by a bit of a foody knees-up until 10pm at the West Handyside Canopy, next to St Martin's.