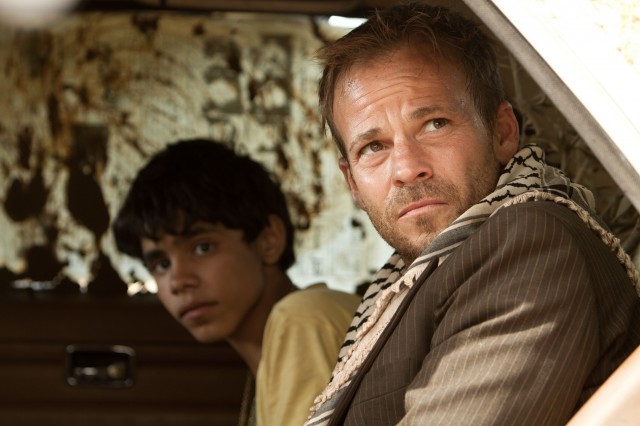 With a roster of over seventy films, documentaries, shorts and TV specials, this year’s UK Jewish Film Festival, which begins tomorrow, looks set to be as comprehensive as ever.

The opening gala is from debut filmmaker Sophie Lellouche, Paris Manhattan, about a single woman in her thirties whose romantic decisions are entirely formed by her obsession with Woody Allen. With a cameo from the man himself, and a Q&A with the director, this bears all the hallmarks of a real crowd-pleaser. There are a large number of high profile films on offer making their way to the UK for the first time, not least Eran Riklis’ Zaytoun, a UK-Israeli co-production starring Stephen Dorff as an Israeli fighter pilot shot down over Beirut in 1982 during the invasion of Lebanon who finds an unlikely ally in a young Palestinian refugee.

Other features worth checking out include Yossi, the sequel to military romance Yossi and Jagger, which picks up several years after the events of the first film, with Yossi now working as a doctor in Tel Aviv. Australia’s entry for this year’s Best Foreign Language Film Oscar, Lore, will also be screening. This sophomore feature from Cate Shortland (Somersault) tells the story of five German siblings who, after their parents are captured by Allied Forced at the end of World War II, must travel five hundred miles across a hostile country to reach their grandmother.

The festival will also include a variety of events, including The Sharpest Cut, where David Baddiel and Norman Lebrecht will be discussing the portrayal of Jewish people on film and TV, and an emerging filmmakers day with a workshop from producers Michael Kuhn (Being John Malkovich) and Tim Bevan (Tinker Tailor Soldier Spy).

The UK Jewish Film Festival takes place from Thursday 1 to Sunday 18 November, with screenings at various cinemas across London. A list of all the participating venues can be viewed on the official website, where you can also buy tickets.

Previews of other international film festivals starting in November: Russian, Czech and Korean