Preview: Made In Prague Festival

By Ben_Fowler Last edited 116 months ago
Ben_Fowler Preview: Made In Prague Festival 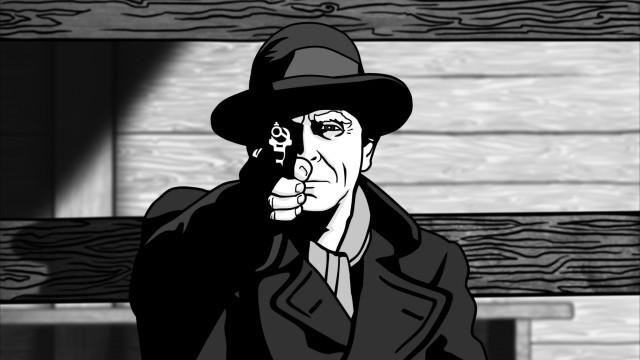 Now in its sixteenth year, Made in Prague festival features some of the most exciting voices of the New Czech Cinema, whilst also incorporating the New Czech Jazz series and an exhibition of artwork inspired by the graphic novels of Jaroslav Rudiš and Jaromír 99.

Alongside the art exhibition, the work of Rudiš and Jaromír 99 is also immortalised in one of the festival’s gala screenings, Alois Nebel: My Life, a rotoscoped adaptation of the story of an elderly railway worked in the late 80s who experiences hallucinations of the expulsion of the German troops after World War II. This screening will be followed by a live music party where the film’s composers will perform their original score. Additionally, Jaromir 99 will also be in attendance at the festival, where he will be drawing live on the big screen in collaboration with this year's London International Comics Festival.

Selected as part of last year’s Berlin Film Festival, the closing night gala is Zuzana Liová’s The House. It tells the story of a father who, angry at his eldest daughter’s choice of husband, begins single-handedly building a house for his younger daughter, stealing bricks from the unfinished home of her older sister. A co-production between Slovakia and the Czech Republic, this naturalistic tale of generational struggle will be accompanied by a Q&A with the director.

Not content with displaying some of the country’s best films, the Made in Prague festival also features performances from prominent Czech jazz musicians Najponk Trio, Libor Šmoldas Quartet and Tomáš Liška as part of its Czech Jazz Series at the Spice of Life club in Soho.

The Made in Prague Festival runs from Thursday 1 to Thursday 29 November, with the Alois Nebel art exhibition at Riverside Studios taking place between 1 November to 18 November. Screenings will take place at the Barbican, Riverside Studios, The Tricycle and The Gate Cinema. Tickets can be bought at the official website.