Fruit And Wool Exchange To Be Redeveloped 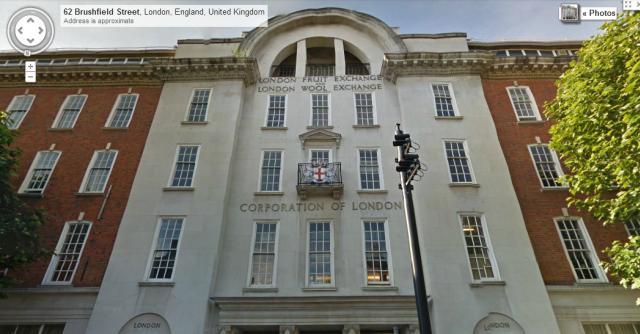 Boris Johnson last night overruled Tower Hamlets to approve the redevelopment of the Fruit and Wool Exchange in Spitalfields.

The 1920s building will keep its façade but everything behind will be replaced with six stories of office and retail. Spitalfields Life has some lovely photos and descriptions of the interior of the Fruit and Wool Exchange, and construction will also see the demolition of the Gun pub (another pub going in the name of development) and what's left of Dorset Street, site of Jack the Ripper's last murder and once known as the worst street in London (there's an excellent book by Fiona Rule if you want to find out more about the area).

There's been a heartfelt campaign against the proposals, including Dan Cruickshank who spoke at last night's City Hall hearing. They objected to the loss of the building and the historic surrounds, and also to the nature of the replacement which they feel will change the character of Spitalfields. All to no avail however, as the Mayor stepped in to reverse Tower Hamlets Council's decision to turn down the application. Perhaps we shouldn't be surprised: it will create around 2,300 jobs and bag a £2m contribution to Crossrail. And we've already looked at how the office of Mayor seems to turn the holders into skyscraper obsessives.