BFI's Uncut Season: The Films They Tried To Ban

By Ben_Fowler Last edited 87 months ago
Ben_Fowler BFI's Uncut Season: The Films They Tried To Ban 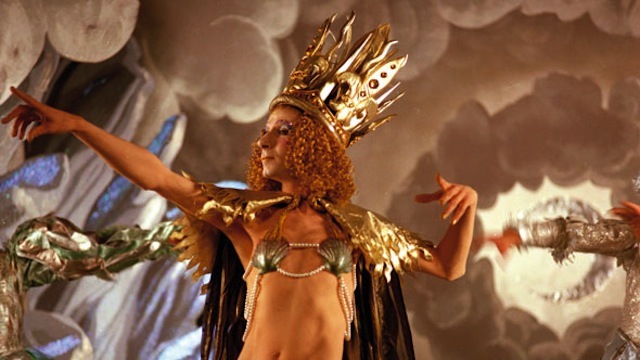 How shocking must a film be to fall foul of the censors? Be it Divine’s appearance as ‘the filthiest person in the world’ in John Waters’ Pink Flamingos, a group of teenagers beset by demons in The Evil Dead, or strangers turned on by car accidents in David Cronenberg’s Crash, plenty of directors have incited shock, debate and disbelief by testing the boundaries of what is deemed acceptable to show on screen. Over the course of 100 years, the British Board of Film Classification has overseen its fair share of material deemed, for one reason or another, to be morally objectionable.

This November, the BFI celebrates the BBFC’s centenary with its Uncut season, screening those films that have caused most difficulty for censors over the years. Reaching back into the archives, the Uncut season presents some of the first films to fall foul of the censorship board, including Shock Corridor and ‘teensploitation’ classic Blackboard Jungle.

Of course, the perceived shocking nature of many of these films has caused them not just notoriety but cult status, and the Uncut season will also feature expected cuts from directors such as Ken Russell and Sam Raimi, in addition to less well- known films from the likes of Barbet Schroeder and Paul Morrissey.

Of course, censorship continues to evoke fierce debate among today’s cinema-goers, and the season will look at some of the most provocative films of the last 10 years, such as Michael Winterbottom’s squirmy The Killer Inside Me and Gaspar Noé’s revenge fantasy in reverse, Irréversible.

Curated by film critic Mark Kermode and Linda Ruth William, Professor in Film Studies at Southampton University, the BFI’s Uncut season looks set to be an insightful and involving look at the issues the BBFC have faced over the years, sure to invite as much debate as these films did during their release.

Uncut runs throughout November. Tickets are available now from the BFI website.