Every Tube user must have encountered Art on the Underground, even if they've never fully clocked it. Every so often, Transport for London's more creative elements unleash artists on the network. Examples from the past two years are now being collected together in a set of books, each charting the art on a different line. Two of the first volumes, just released, highlight projects from the Jubilee and Central Lines. 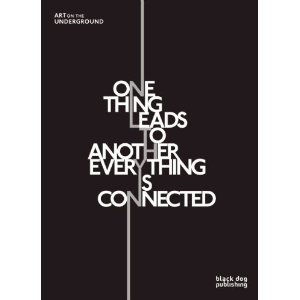 "One Thing Leads To Another Everything Is Connected" — the Jubilee installment — takes its name from a work by Richard Long. It opens with a superb essay by David Rooney, curator of transport at the Science Museum, on the line's history, and a chronology mixing the Underground's development with new advances in communications. Next come the seven commissioned art works, each of which carries an underlying theme of time, economics and travel. The broad remit spurred thoughtful responses, which you may remember from the walls of your local station. To pick two highlights...John Gerrard's video installation, Oil Stick Work, was beamed onto a wall in Canary Wharf and shows a man slowly painting a 3-D rendering of a barn, one square metre at a time, over a 30 year period. Dryden Goodwin, meanwhile offered something more personal, with 60 pencil drawings of Tube staff. The book collects together some of the anecdotes his subjects offered while Dryden was sketching. 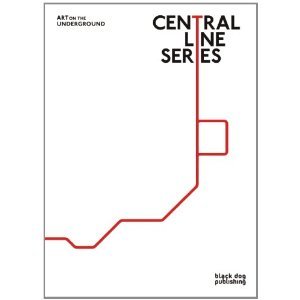 "Central Line Series" — the companion volume collecting art from the titular Tube line — feels somehow less accessible, despite the colourful moustaches on the inside cover. Here, the opening essay by Federico Campagna on the future of society is a thought-provoking, if jargon-heavy read, that will leave many readers scratching their heads (not necessarily a bad thing). Mark Pagel's essay on why the world has so many languages hits a breezier note. The art in this volume tends to be a little more abstract, and perhaps harder to grasp on the printed page than in the intended environment of a Tube station. Michael Landy's Acts of Kindness is a familiar exception, with eye-catching red stick-people and short tales of Londoners offering a helping hand. The rest of the book serves as a pleasant reminder of recent art projects, but struggles (in our opinion) to convey the charm.

Still, for less than a tenner a pop on Amazon, both volumes — both in hardback and keenly designed — are good value for art and transport aficionados.

One Thing Leads To Another Everything Is Connected and Central Line Series are out now from Black Dog Publishing. Further examples of Art on the Underground can be found online.