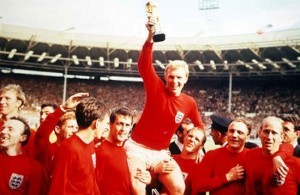 Kicking and Screening, the film festival entirely devoted to the beautiful game, returns this week, with a series of footy-themed screenings at Everyman cinemas.

Friday's opening night gala, with Arsenal legend Tony Adams introducing Fever Pitch on the book's 20th anniversary, has unfortunately sold out. Tickets for all other screenings are still available at the time of writing, however, and highlights include:

The full programme can be found on the Kicking and Screening website. Back of the net!