Where To See The Paralympic Torch 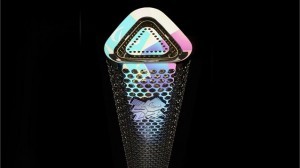 Londoners will have two opportunities to see the Paralympic Flame before it makes its way to Stratford to light the Paralympic Cauldron in the Olympic Stadium on 29 August.

First in Trafalgar Square on Friday 24 August: a ceremonial cauldron will be lit in the morning and a free Flame Festival takes place in the evening (although further details of this are not yet available).

Secondly, during the Flame's 24 hour relay from Stoke Mandeville, through London to Stratford on Wednesday 29 August. So where is it going? Well...

The Relay enters London at Harrow at 4.30am and winds through Brent, down to Westminster. It goes over the Abbey Road pedestrian crossing, past Lords at 10ish where it will be carried by five members of the UK's first blind women's cricket team and past the Zoo around 11am. From there it dips down to Regent Street, Haymarket, Pall Mall, Charing Cross, then down Whitehall, Victoria Street, Horseferry Road and across Lambeth Bridge around 12.45pm.

It's but a brief trip south along to Waterloo crossing the river again around 1.20pm, over to Aldwych and into the City. Then Holborn, St Barts and St Paul's, Monument and into the first of the host boroughs, Tower Hamlets.

The Flame nips across Tower Bridge to City Hall at 2.20pm for some Borising then some Southwark in the shape of Tooley Street, Bermondsey and Surrey Quays. Lewisham gets a look in at Deptford around 4.20pm then its a skip through the next host borough, Greenwich, with a look at Cutty Sark before another river hop back to Tower Hamlets via the Isle of Dogs around 5.15.

It moves through Docklands to Canary Wharf before being transported up to third host borough Hackney to begin a procession about 7.10pm down Mare Street to London Fields. Then a hop up to fourth host borough, Waltham Forest and a tour past Marsh Lane playing fields around 8pm, across to Barking and Dagenham's Barking Park at 9.15pm then back into final host borough, Newham by 10pm for the final stretch through East Ham and up to Stratford for the lighting ceremony.

Members of the public are encouraged to line the streets with lanterns to reinforce the message of the Relay, "Light the Way". For street level detail and timings of the 24 hour route use the interactive map.