By M@ Last edited 122 months ago
M@ Does London Exist? 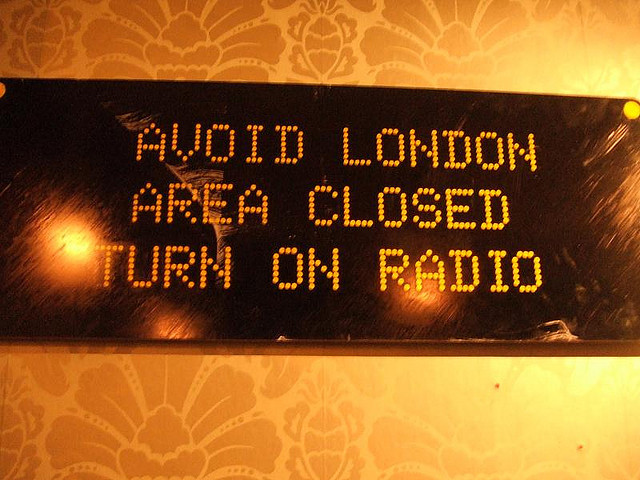 We're having something of an existential crisis here at Londonist Towers. It occurs to us that this city we know and love might be bigger than we thought. Or smaller. Or not exist at all.

You see, we're not sure that "London", so-named, is a real place.

It's a complex tangle of nomenclature. Get yourself a strong cup of tea, and let's work through this...

The administrative area looked after so ably and faultlessly by City Hall, which comprises the 32 boroughs, is known as Greater London.

There's also the City of London — the small sort-of-autonomous region synonymous with the Square Mile, which doesn't count as a true borough.

So which bit is "London"?

The definitions on Wikipedia appear to suggest that "London" is the combination of Greater London plus the tiny City of London. That would mean that "Greater London", perversely, is actually lesser than "London" (but only by an approximate Square Mile). However, we can't find any confirmation, beyond Wikipedia, that this definition of "London" is an official one (can anyone help here?).

As a further complication, Inner and Middle Temples, ostensibly in the City of London, are usually treated as "extra-parochial areas" so, in some sense, they are not part of the City and therefore not part of London and certainly not Greater London.

Some other things you should know about our city. It's not actually a city — not officially, anyhow. It includes the City of London and the City of Westminster, but the wider metropolitan area does not have a city charter. So, if you live anywhere other than Westminster or the Square Mile, you don't technically live in a city. Also, we're only the capital of the UK by convention, not by any constitutional or written decree.

All very humbling, and confusing.

Getting back to the "London" thing. There is, you'll be relieved to hear, one political entity with the official moniker of "London", and that's the European Parliament Constituency. According (again) to Wikipedia, this is synonymous with the region of Greater London (i.e. not including the City). However, this appears to be a mistake, or a shorthand for "Greater London and the City of London", as the City of London does have representation in the European Parliament.

In short, we've found an argument-clinching reason to stay in Europe: pull out of the EU and London ceases to exist.