By M@ Last edited 124 months ago
M@ Thomas Heatherwick: London's Greatest Modern Designer?
The Olympic Cauldron, known as Betty, was a true highlight of the Opening Ceremony. Its 204 pipes, representing the competing nations, is both elegant and original. Its creator, Thomas Heatherwick, has blessed London with many striking designs over the past decade or so, to the point where he must surely be ranked among the most important creative figures in the city's recent history. Here's a roundup of his London work. 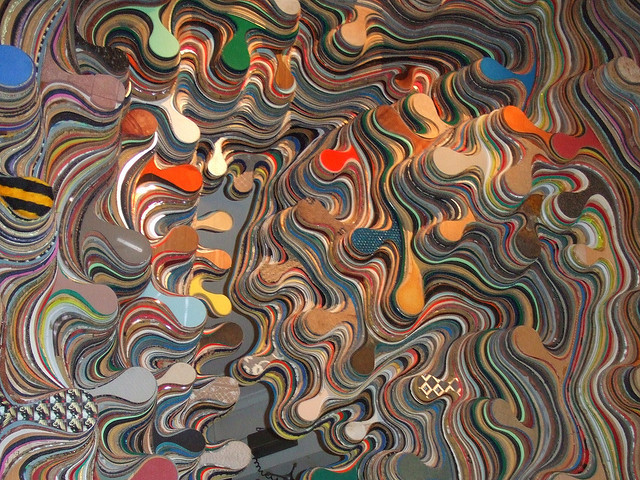 One of Heatherwick's earliest works can be found in the Materials Gallery at the Science Museum. The distinctive sculpture incorporates “everything that anything can be made of”, weighs four tonnes and stands six metres high. 213 materials are bonded together to form a structure that remains the centrepiece of this gallery. It must be a right bastard to clean. 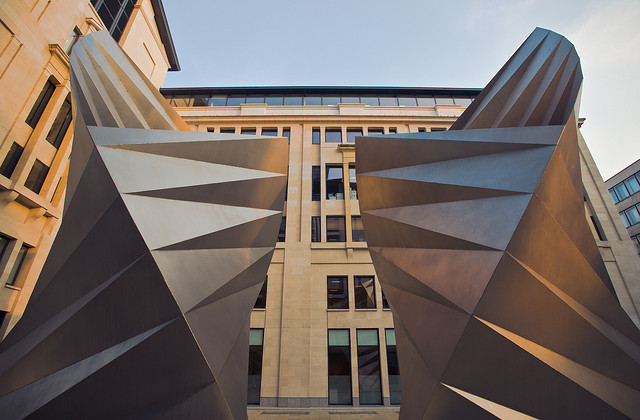 These elegant sculptural forms near St Paul's are actually cooling vents for a subsurface electricity substation. Heatherwick came up with their conformation after playing around with folded paper. Image by Tripowski in the Londonist Flickr pool.

This 12-metre bridge spans a narrow channel within the Paddington Basin development. To allow passage of boats, the bridge hydraulically curls up into an octagonal shape. It can be seen in action every Friday at midday. Imagine if Tower Bridge did this.

This colossal sculpture inside the Wellcome Trust's HQ is made from 150,000 glass beads and a million metres of steel wire. It's called Bleigiessen after a German New Year's tradition of throwing molten lead into water to create random shapes. At 30 metres tall, the sculpture is too big for an easy photograph, and needs a moving video image to capture the full length. Occasional tours can be arranged through the Trust's website. 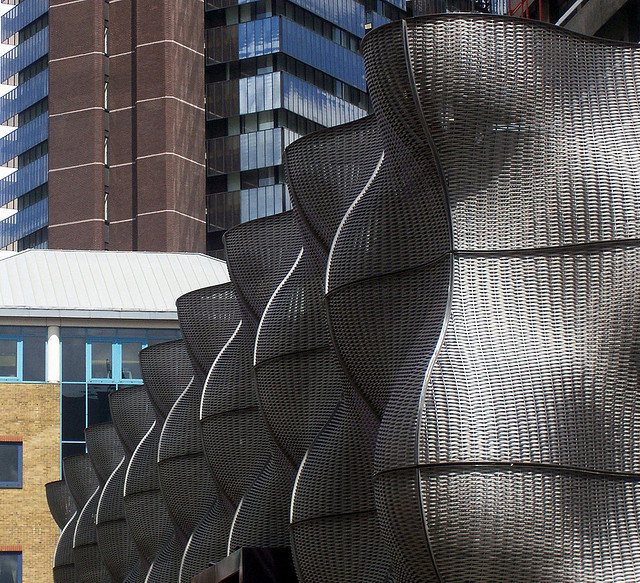 The maligned concrete hospital at London Bridge is currently undergoing a major refurbishment and recladding. The last notable addition to the structure came five years ago, when Heatherwick Studio designed this steel overhang to highlight the main entrance. Who says Guy's can't wear skirts? Image by niecieden in the Londonist Flickr pool.

There's something almost insectoid about these newspaper vending booths, designed for Kensington and Chelsea a few years ago. Four have been constructed, with two installed at Sloane Square and Earl's Court. Images from the Heatherwick website.

Whether the so-called 'Boris Bus' was a good use of money remains debatable, but most would agree that the New Bus For London looks rather sleek.