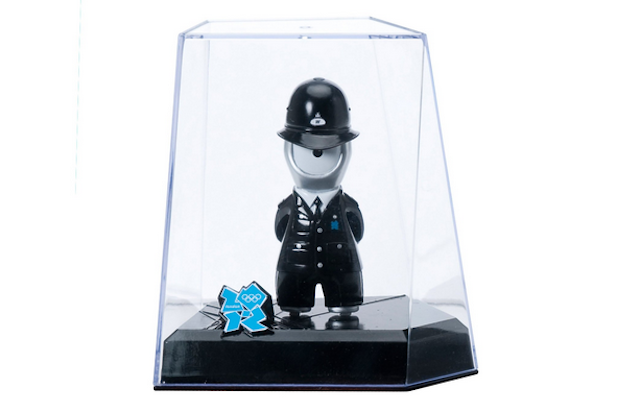 The Olympic merchandising machine spews out a cheery superabundance of fluffy toys, chocolate medals, stationary kits and Seb knows what else. Official mascots Wenlock and Mandeville are princes among this motley collection, appearing in any number of charming kits and poses. Policeman Wenlock, in particular, has attracted a cult following on Amazon.co.uk. In the truly British spirit of hating and deriding absolutely everything, we take a look at the most impressive, amusing, creative, perverted and downright dark product reviews for this truly special constable.

Wenlock personified as a ruthless, corrupt borderline sociopathic law enforcer is a common theme in the reviews. This is one of our faves:

This one's a bit obvious, but still gets a thumbs-up for appropriate literary referencing in the name of social commentary:

How about some topical satire?

Then you have the counter-iconoclast. Search deep enough in the sea of reviews and you’ll find some truly passionate and articulate defences of Wenlock, including a mascot nested safe in the bosom of an upper-middle-class household: 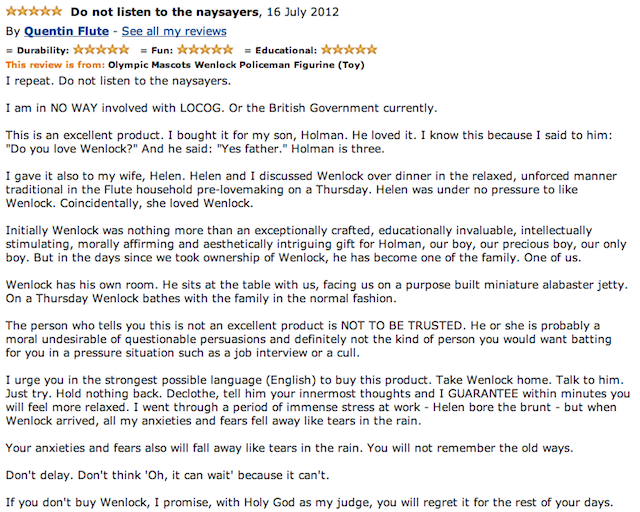 Then there's the ballsy one who, with a few pithy sentences, brazenly breaks the fourth wall: 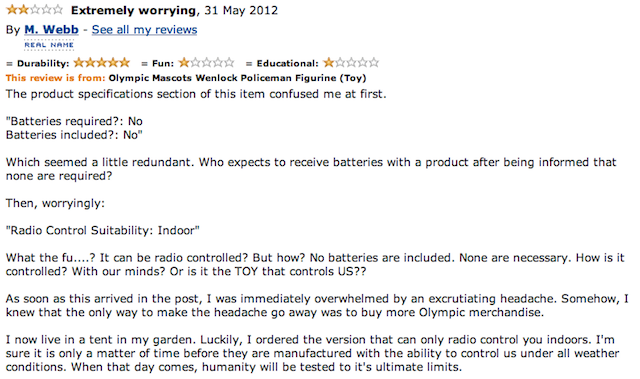 Many, many more where these came from over on Amazon.