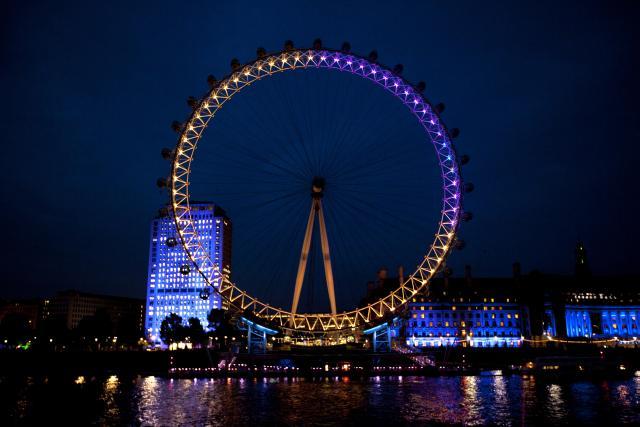 What Britain thinks of the Olympics will determine the colour of the London Eye from tonight to the closing ceremony.

Every day, an analysis will be made of tweets featuring certain keywords (like Olympics, London 2012, athletes, sports) and accompanying sentiments (e.g. excellent, brilliant, crap, fail – they even say they've added totes amazeballs to the dictionary – emoticons and punctuation, so watch your !!!!'s) which will determine a ratio of positive to negative. Mainly good: the Eye will be yellow. Mainly bad: the eye will be purple. Mainly neutral: green.

There'll be a half hour light show from 9pm that indicates the percentage as well as general mood. If Team GB win a medal, the Union Jack will be represented in the light show, too. It's from Olympics mega-sponsor EDF, whose cartoon mascot (what is it supposed to be? It looks like a poo. It can't be a poo) is as odd and faintly disturbing as the Games's own.

Incidentally: the country is currently 64% positive, with Leeds the most positive place. London isn't even making it into the top ten.