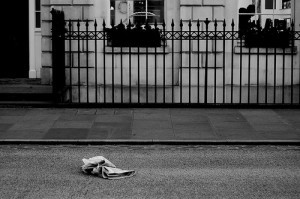 Local councils could be banned from publishing their own newspapers more than four times a year under proposed new laws.

Communities secretary Eric Pickles issued guidelines in March 2011 under the Code of Recommended Practice on Local Authority Publicity, requesting that councils reduce their publishing activities. While some local authorities have complied, it goes without saying that a few have ignored the guidelines. Pickles told the BBC that such publications were a “process of self-aggrandisement and self-publicity”, adding that it was “not a public service, it’s propaganda”:

“What we will do is we will put it on a statutory footing and we will stop these town hall Pravdas."

The local free press have found themselves competing for advertising and readers with council-published titles, which in some cases (Greenwich and Tower Hamlets, we're looking at you), come out as frequently as once a week or fortnight. In fact, Greenwich Time was reported to the District Auditor amid claims it was in breach of government guidelines on council publications.

Greenwich blogger 853 in particular notes the tub-thumping nature of GT, while Tower Hamlets residents told the BBC that their council's publication is 'a waste of paper'.

Is there a need for a council to spend millions of the budgets they regularly proclaim as inadequate on such frequent self-promotion? There's certainly a case for making information about the local authority freely available but one could argue that seeing it repeated on a weekly basis could become tedious and the money could be better spent elsewhere.

Labour-run Waltham Forest, Tower Hamlets, Newham, Greenwich, Hackney and Barking and Dagenham all say they will resist cutbacks to their local publishing and continue to fill residents' letterboxes with recycling material.