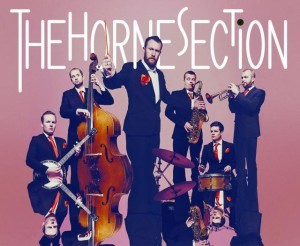 Simon Munnery has a tiny camera and a big screen and is working out the funniest ways to use them at the Leicester Square Theatre (6pm, £8).

Catch previews from Sean Hughes at Camden's Etc Theatre (7.30pm, £9.50) and beautifully constructed gags from Wil Hodgson and Carey Marx down the road at the Camden Head (8pm, £3).

Tuesday: The Horne Section previews at the Pleasance tonight and tomorrow. Get some jazz-comedy down you (8pm, £5). Other previews around town from Sean Lock at Deansways (7.30pm, £5) and Luisa Omielan asking: What Would Beyonce Do? at the Top Secret Comedy Club (8.15pm, free).

Wednesday: Invisible Dot are doing their barbeque previews in Camden: see a double bill (today it's Edinburgh-shortlisted, frantic Sam Simmons and Oyster Eyes) and get a burger or hot dog in the interval (7.45pm, £7).

Thursday: There are songs from Helen Arney, topical jokes from Kate Smurthwaite and characters from Gemma Arrowsmith in a triple bill at the Revival Festival at Marylebone Gardens (7.30pm, £8).

Friday: The 99 Club in Leicester Square has sets from JJ Whitehead, Kerry Godliman and 'a secret set from someone who's been on Lead Balloon, Live at the Apollo and Shooting Stars' – so that's Jack Dee, then (8.30pm, £12).

In a preview double bill at Jacksons Lane, Mark Restuccia explains how to succeed at internet dating and Rachel Stubbings solves your problems (8pm, £10).

Have a look at Oyster Eyes in action before Wednesday's show (NSFW):