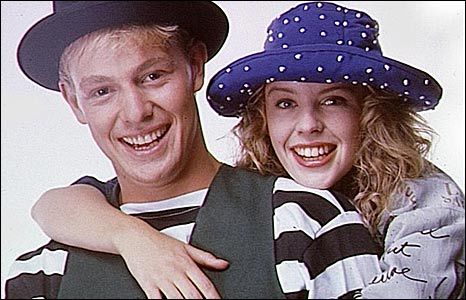 Hit Factory Live has been cancelled after the Hyde Park site was declared unfit following “severe and unprecedented weather conditions” over the weekend.

Promoters Live Nation and The Royal Parks made this decision to pull the plug on the pop show, due to take place 11 July, following consultation with the relevant authorities and safety groups as the potential risk to staff and gig goers was too great.

Kylie and Jason were set to reunite for the first time in 23 years at Hit Factory Live to perform Especially For You, along with appearances by Bananarama, Rick Astley and Steps.

Steve Edwards, Hyde Park manager, said: “Woodchip is being laid on the concert site as part of plans to ensure concert goers can be welcomed back as soon as possible. We are confident that the action being taken will enable Hard Rock Calling and the remainder of the summer concert series to go ahead as planned".

Over 8,000 cubic metres of woodchip has been put on the site since tens of thousands of fans descended on the arena for Wireless festival.

It is the second London festival to be cancelled in a week, after the organisational debacle of Bloc Weekender caused the electronica festival to be closed down, after it had already started.

However, unlike Bloc, there are no plans for impromptu pop up gigs to take place for fans to quell their disappointment.

Wipe away your tears, grab a hair brush and a bottle of Lambrini and let the memories flood back with this video.

Check out all of London’s remaining festivals with our guides to indie and rock, dance and RnB, and commuter belt festivals.