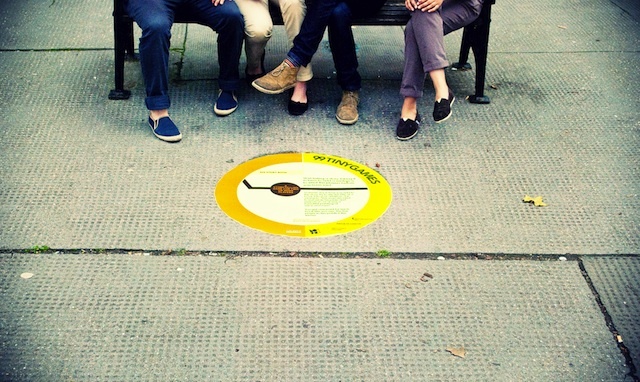 If you didn't make selection for the big Games, fear not. From this weekend, you can take part in any of 99 "tiny games" dotted around the capital.

The easy-to-learn games can be found in bandstands and parks, Tube stations and bus stops, hidden corners and other places across all 32 boroughs, plus the City of London.

In each case, everything you need, including the rules, can be found on-site. Just look for the round posters like the one in the photo above.

99 Tiny Games runs 28 July to 21 August, as part of Showtime and the London 2012 Festival, and is created by the creative gamesmasters at Hide&Seek. It's all free, free, free.