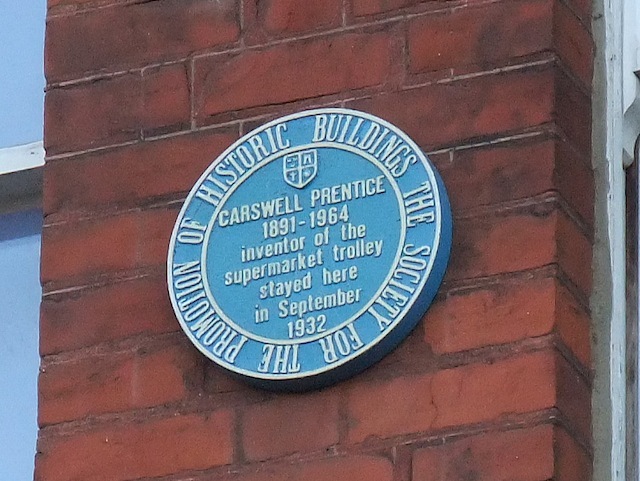 This enigmatic plaque, at 118 Hillfield Avenue, Hornsey, was sent to us by reader Conrad Roth. Of course, it's a fake. There never was such a person, and the invention of the supermarket trolley is usually attributed to Sylvan Goldman.

It's one of a series of plaques by the credible-sounding Society for the Promotion of Historic Buildings. Its website (registered address 118 Hillfield Avenue, by the way), allows you to design and order a fake blue plaque to your own specifications. Our friends at London Remembers have found a couple more (though less silly) in nearby Muswell Hill, and Plaques of London has found another.

Otherwise, there's very little information online. If you've spotted other oddball dedications from this origin or others, let us know in the comments. Although the plaques are spurious, they do play into the feelings of inadequacy we might experience when confronted by official blue plaques whose dedicatees we've never heard of.