If the Jubilee Pageant whets/wets your appetite for all things riverine, here are ten more options that might float your boat. 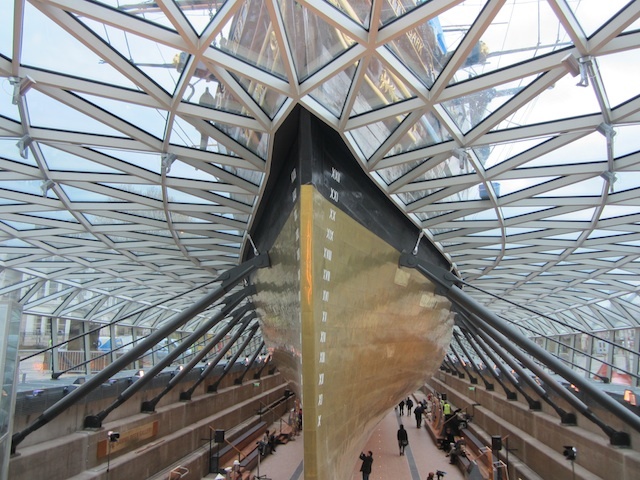 The famous clipper was gutted by fire in 2007, but now looks ship-shape and coppery of bottom following a major restoration (or act of "heartbreaking vandalism" if you're Andrew Gilligan, which we hope you're not). A tour of her three decks and the space beneath the hull are now a mandatory part of any first-time visit to Greenwich. Look out for the plate of pea soup, the lack of any mention of the fire, and the gurnsome effigy of chancellor George Osborne. Visiting info. Image by M@. 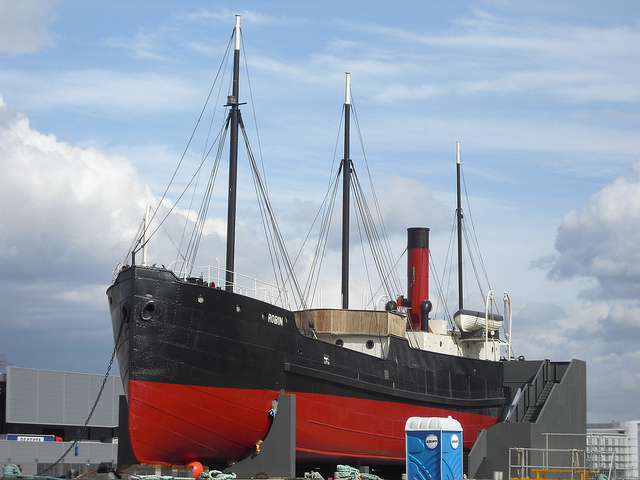 SS Robin is said to be the world's oldest complete steam ship, and plied her trade as a merchant vessel across Europe for the best part of a century. She's served as a tourist attraction since 1974, first at St Katharine Docks, then in West India Quay. But this Robin is currently more 'bed rest' than 'red breast', as she undergoes a major refit in Royal Victoria Dock. The ship is due to reopen in 2013. Image by KarenB in the Londonist Flickr pool. 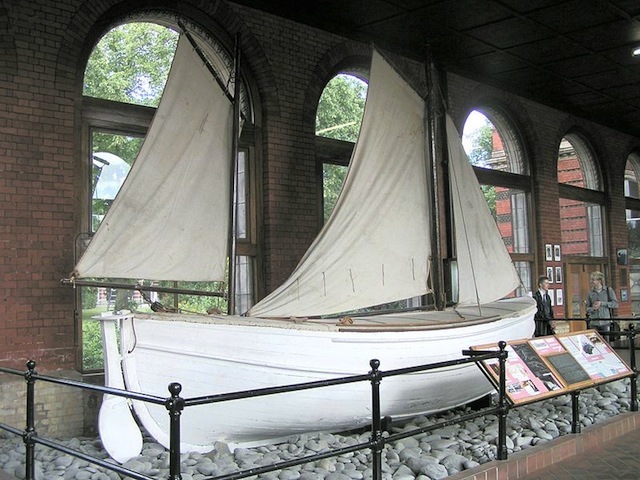 While the rest of the world was at war, intrepid explorer Ernest Shackleton and crew spent a couple of years heroically shivering around the coast of Antarctica when their ship Endurance failed to endure. Stranded on ice floes with little hope of rescue, Shackleton decided to set off for help across 800 miles of open sea in a tiny lifeboat called the James Caird. Against the odds, the crew made it to South Georgia following a perilous 16-day voyage. Their plucky vessel is now displayed in the more balmy climes of Dulwich College. Image public domain via Wikimedia Commons. 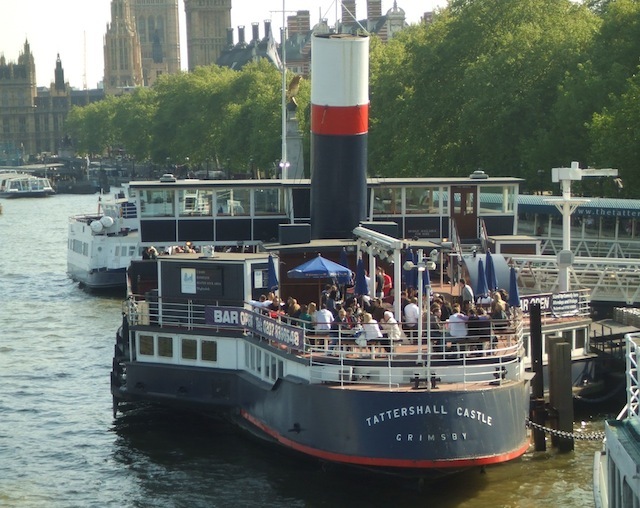 Voyaging across the River Humber on this former passenger ferry is one of our earliest and windiest memories. The service was  rendered obsolete with the construction of the Humber Bridge in 1981. So, for the past 30 years, the PS Tattershall Castle has sat in the Thames by Waterloo Bridge serving up pints and pub grub. The 'PS' of its name stands for 'paddle steamer', and not because it's a postscript to anyone's list of favourite pubs. Visiting info. Image by M@. 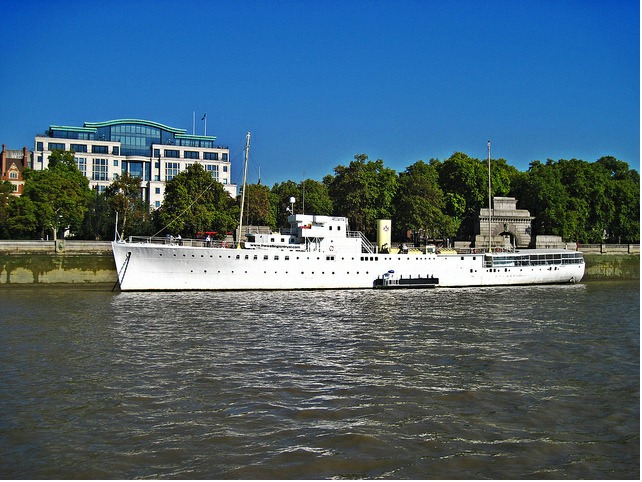 A bit further down river, you'll find a very different vessel launched the same year as the Tattershall Castle. HQS Wellington is the last surviving sloop of its class, and served with distinction in the Atlantic, at Dunkirk and off North Africa during WWII. Since 1947, she's acted as a floating livery hall for the Honourable Company of Master Mariners, and a tour is highly recommended on Open House Weekend. Visiting info. Image by HoosierSands in the Londonist Flickr pool.

Probably London's most famous ship, thanks to its prominent central location. The WWII cruiser just reopened after a minor refit, following the collapse of its gangway. Don't let that little accident put you off. The Belfast previously made our list of tourist attractions that don't suck. It offers at least a couple of hours-worth of nautical entertainment and education, with some splendidly precarious climbs and trip hazards thrown in. We'd also commend the good ship for its world-beating collection of dummy sailors. Visiting info. Image by M@. 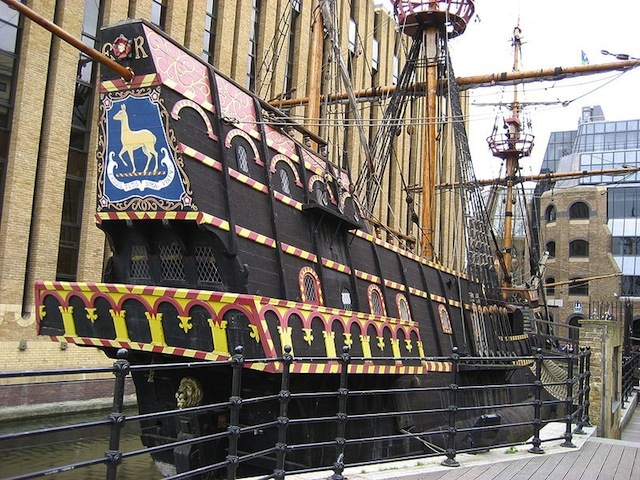 Admiral-cum-pirate Sir Francis Drake circumnavigated the planet in a ship like this between 1577 and 1580. Sadly, the original disintegrated over 300 years ago after a century in Deptford as the world's first boaty tourist attraction. A replica was constructed in the 1970s and has itself sailed round the world. It now lurks in St Mary Overy Dock, near Southwark Cathedral, mostly offering educational tours for school parties and other wannabe buccaneers. Visiting info. Image by Jose L Martin under Creative Commons Licence. 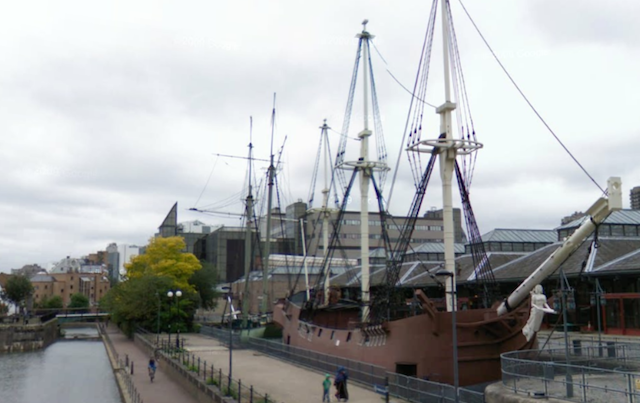 Two forgotten white elephants sit stern to stern in north Wapping. These replicas are part of the Tobacco Dock development, a stunningly under-achieving shopping centre built as the 80s turned into the 90s. The complex fell foul of the subsequent recession and very little commercial activity has taken place there since. The two ships were intended as pirate-themed playgrounds for children, but have long been sealed off to anyone save the occasional novelty trespasser. Avast waste of space. Image via Google Street View, as you can probably tell.

Our other boaty tips are not one-offs, but worthwhile services or attractions. The Thames RIB boats offer speedboat rides from London Eye down to Canary Wharf. What might seem like a tourist attraction is actually a thrilling trip for anyone. On our ride, the captain sounded half drunk and had a penchant for jeering at the river police, although this might have been for effect. Also worth noting are the Thames Clippers, surprisingly quick passenger vessels that can get you from central London to Greenwich in little more time than the train...with the benefits of a bar. Other watery excursions worth a look include the regular Regent's Canal boat trips from Camden Town to Little Venice, and the ever popular Duck Boat tours from Waterloo to Vauxhall.

Obviously, we're only skimming the surface with this round-up, so please share your own favourite floaters in the comments.