Virgin Media has funded and fitted equipment at platform and ticket hall levels in many central London stations, and a few important suburban locations. All 80 will be free to use until the end of the Paralympics, after which a charge will apply to anyone who's not a Virgin customer.

Here are the pioneering 80: 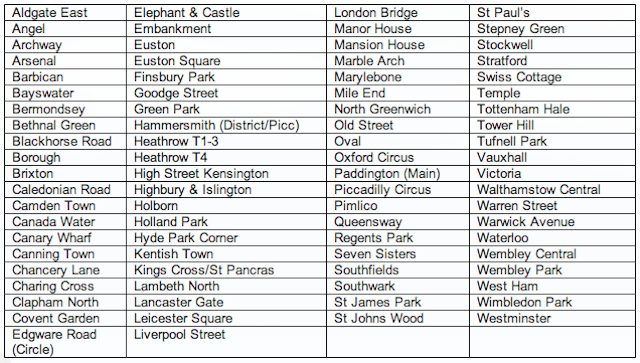 The firm expect to roll out the wireless to 120 stations (around half the network) by the end of the year.

Because London’s Tube tunnels are so snug, fitting antennae equipment to trains is prohibitively expensive. Wifi will not, therefore, be readily available between stations. We expect this will lead to a phenomenon we'll dub 'gapsurfing', where train passengers with laptops write emails between stations then hit 'send' whenever they reach the invisible radiance at each station.