How Chelsea's Battersea Power Station Stadium Might Have Looked 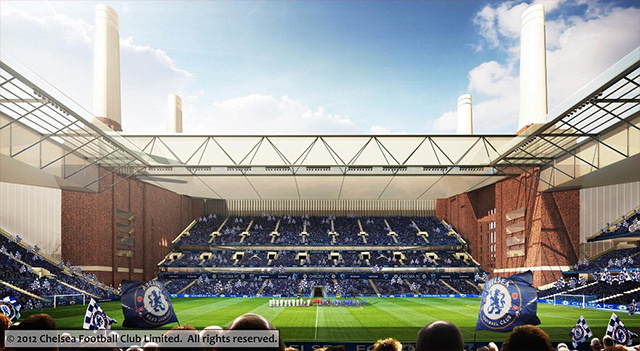 Though  a moot point now — the station was sold to a Malaysian property firm earlier this month, who plan to press on with the previously agreed redevelopment scheme — this is what Chelsea planned to do had they won their bid for Battersea Power Station.

The design, by architects Kohn Pedersen Fox (also responsible for the Heron Tower) sought to "integrate the stadium with the power station in a sensitive, unique and powerful way", retaining the building's distinctive features, including the four chimneys, the wash towers, and the Station A, the original west turbine hall and its Art Deco control room. Station B (added in the 1950s) would be demolished, with one huge, three-tiered stand built within the building's footprint; the pitch and three other stands would be situated on the outside of the existing perimeter wall. 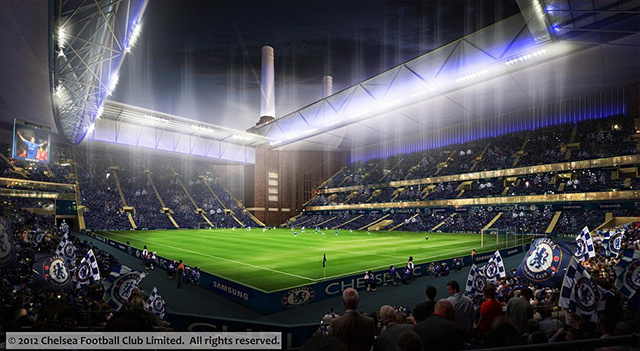 Controversial though the plan would no doubt have been, it is an innovative re-use of a London icon, and an alternative to the functional if bland scheme now likely to go ahead.

In a statement the club cheekily noted that it "[does] not know if negotiations [over the sale to the Malaysians] will be successful." If the recent deal does break down — and when it comes to Battersea such a thing isn't beyond the realm of possibility — Chelsea will be waiting to make their counter-offer. Doesn't seem likely to happen, though, and the design will remain as another entry in our Unbuilt London series.

Further details at the Architect's Journal