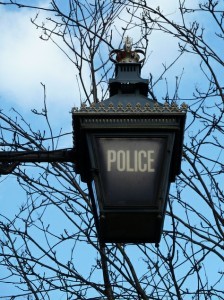 Boris Johnson has ordered a review of anti-racism reforms in the Metropolitan Police, ahead of his and Commissioner Bernard Hogan-Howe's appearance before members of the London Assembly this morning.

The review will examine what happened to the reforms recommended by the Race and Faith enquiry, which reported back in 2010. Its main recommendations were that line managers should not be able to veto staff members moving into other jobs, that there should be multiple points of entry into the police force and that the old Metropolitan Police Authority, now Mayor's Office for Policing and Crime, should 'maintain momentum'.

Given the flurry of racism allegations surrounding the Met at the moment, the Mayor has evidently decided it's time to see whether those recommendations are being implemented or ignored. If it finds for the latter, we wait to see what Boris will do (despite the headline in the Evening Standard, a "review" is not the same as a "crackdown").

Stephen Greenhalgh also went in front of the Policing and Crime Committee to persuade them to confirm him in the role of Deputy Mayor for Policing. We've had job interviews where we've had to convince an employer that even though we might not have direct experience of the job we're applying for, we have marvellous transferable skills that mean we'll do it very well. That's exactly how the meeting came across – Greenhalgh kept referring to his time at Hammersmith and Fulham and, rather bizarrely, Robert Peel, his dad and the Gordon Riots (topical).

The general feeling was that he's got a steep learning curve ahead of him which, by that appraisal, leaves policing in London during the Olympics under the management of someone with less than a full grasp of the job. The Committee decided not to object to the appointment, rather than recommend it.