11 Ways To Lose A Mayoral Election 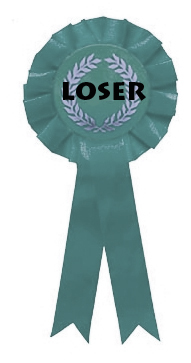 Running for mayor is not a job for the shy and retiring. In recent weeks, we've had Boris insult cyclists and swear gleefully at a BBC journalist; Ken propose an ongoing campaign to slaughter bankers; and Siobhan do everything but wave her arms in the air, in her efforts to get someone, anyone, to pay her some sort of attention.

What is remarkable, though, is how little impact any of this has had on the polls. There's a fairly strong case that one leading contender for the job is a preening, prejudiced, self-publicist with a penchant for spending other people's money and a passionate aversion to the truth. There's an equally strong case this is true of his rival. Yet nothing either says or does seems to have put a dent in their poll rating.

So — what could a candidate say, do or insult that would be offensive enough to disqualify them from the job? Londonist put its head together.

Got your own suggestions for losing an election? Give 'em up in the comments below.