Tube Cleaners Could Strike Next 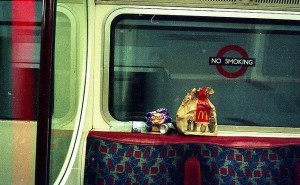 With a three-day strike by tube maintenance staff currently underway and due to last until Friday, the RMT has announced that it will ballot cleaners for strike action over pay, pensions and benefits.

The union is demanding that cleaners employed by ISS and Initial receive a substantial, above inflation pay increase, a substantial Olympic bonus in line with the payments offered to other LU staff, a sick pay scheme, free travel passes and improvements to the pension scheme. RMT general secretary Bob Crow said in a statement:

“These cleaning staff are an integral part of the London Underground team and should be properly rewarded as such and not just seen as a money making tool to be exploited for every last penny in the interest of private profits.

This ballot for action with these two companies will commence shortly and RMT would urge Londoners to back this campaign for justice for our cleaners and join us in forcing the Mayor and London Underground to drag ISS and Initial back to the negotiating table to resolve these disputes.”

ISS, which was awarded the contract to clean a number of London's bus stations by TfL earlier this year, told the BBC that the RMT failed to attend negotiation meetings and announced the ballot before engaging in discussions.

The RMT has also disputed LU's claim that delays in repairing a signal failure yesterday on the Northern line were not caused by the strike. The Northern, Jubilee and Piccadilly lines appear to be running a good service today (we hope) though an unidentified obstruction has caused the Bakerloo line to be suspended.