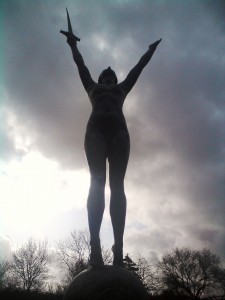 A documentary about the lives and concerns of people in Barnet gets its world premier at the Phoenix this month.

Barnet was the site of the infamous workhouse from Dickens' Oliver Twist. 200 years since the novelist's birth you can't move for Dickensian celebrations but the people of Barnet are taking stock. A Tale of Two Barnets looks at what has changed and what has stayed the same.

Film maker Charles Honderick, whose mother's family are from Barnet, spent six months interviewing diverse local residents, business people and councillors about the challenges they face in 2012 with austerity biting, the Olympics looming and their high street under threat.

The world premier of A Tale of Two Barnets is on Monday 19 March at 6pm at the Phoenix Cinema, East Finchley. Entry is £1 on the door.

While you're there, try the Top Ten Things To Do In The Borough Of Barnet