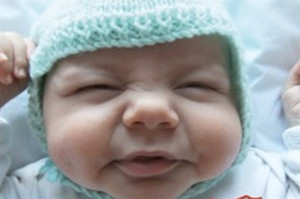 Kicking off the N20 Comedy Festival last night, along with sketch trio Pappy's, were the comedians-slash-improvisers known collectively as New Born Comedy.

Individually they are Edinburgh nominees Pippa Evans and Cariad Lloyd, plus Ruth Bratt and Lucy Trodd whom you may have spotted in things like Showstopper! The Improvised Musical and Touch Me I’m Karen Taylor. Together they run New Born Comedy every month at Leicester Square Theatre to test out new ideas; this was a run out for stuff they've done before, but with a certain amount of improv thrown in there's always room for new jokes.

The highlight was one of those impro moments: asked for a great love story, the audience chose Wall-E. Undeterred by half the performers not having seen the film they gamely, er, recreated it in highly imaginative fashion. We also loved the homoerotic frisson between two 'wotcha' lads on a stag do and the most deliberately uncomfortable sketch we've seen in a long time. There's a seam of hyper-realism that runs through all the material, together or alone, that makes it a wonderfully silly show that the performers clearly enjoy as much as the audience (unlike those hideously self-indulgent shows where the audience are baffled and the performers smug at their own, well-hidden, brilliance). Catch them as a whole or in their constituent parts, but catch them.

New Born Comedy is at the Leicester Square Theatre once a month, next show is Monday 27 February, 8.30pm, £8. The N20 Comedy Festival runs until 25 February with shows from Milton Jones, Sara Pascoe, Carl Donnelly and others at the Battersea Arts Centre. We saw this show on a press ticket.